One day program at the Church of the Virgin Mary was arranged in cooperation with the sculptor Jan Vágner, who held there installation with sand. The gothic church was still closed for ceremonies in 1995 and it was possible to use the interieur for musical events and exhibitions.

In cooperation with the Rachot production (Borek Holeček) Hermit organized the following program:

The monastery Na Slovanech with its church was founded by Charles IV in 1347. The ruler invited there Slavic Benedictine monks from Dalmatia and Croatia. The area was thus destined to become the only Slavonic monastery of the entire empire. The liturgical language used for preaching was an ancient predecessor of Czech. Such personalities as Jan Hus and Jerome of Prague were among the students. A number of illuminated literary jewels were created here, including the so-called Reims Gospel-book and the first complete translation of Jerome’s Vulgata.

The name “Emauzy” was derived from the gospel, according to which Jesus met with his disciples near the village of Emmaus. This gospel was read during the solemn consecration of the monastery and the subject was immortalised in the name given by people to the place. Another version of the story says that “Emauzy” was derived from Emmahaus (the house of Ema) nearby, which should have belonged to the castle owned by the Czech queen Ema. 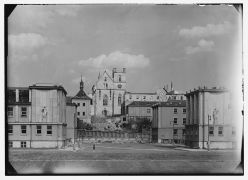 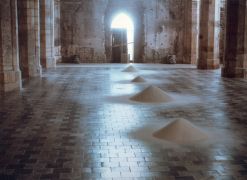 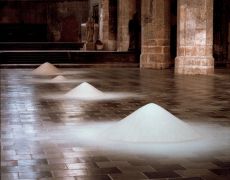