Dear Editor of X magazine,
On behalf of the editorial staff of Y magazine, I would like to propose a brave interchange between the heroes of our magazine. First, we would like to ask you to reserve some space in your next edition for the hero of our magazine, and in turn, we pledge ourselves to do the same. This should be treated as a cultural interchange for the invigorating to the same. This should by threated as a cultural interchange for the invigorating of our social environment.
With best regards Yours

The editor of the Y Magazine…

The hero was living in an ordinary house and was making ordinary things like anybody else. As it usually happens, nobody knew anything about him, it was like he was dead for everybody. After his real death, somebody found out how exceptional he was. And had it publicly announced. They made a plate for him with a hero´s face, as if he was alive, and placed it on the front of the house. Since everyone who passed by the house knew the hero when alive, some of them wondered how many more houses hid other dead heroes…
We need a hero to have somebody to applaud. New fashion demand new heroes. We are able to forget everything since we are still applauding the past…
------------------

Dear Curator,
Are you able to push a hero-artist into a wider art world context? I need to find a reason for my heroism to be legitimated.

The river expedition was a comment to my then one-year-old experience. A performance in Alytus - where an accident happened and it had hard concequences for me personally. Plasy for me was revinding the time. The river flow with it as well... also one of the moments was to reconsider the heroicism in a funny way... i remember that Jurij compared it to some film, but i am not sure if it was a russian film... so far i remember we talked about a cowboy-genre film without any concrete connotation - just men with the lasso...

Redas Diržys lives and works in Alytus (Lithuania) and is known for his social interventions, performances and socially engaged practices (teaching, lecturing, writing, and exhibiting). In his social and artistic practices (which usually are inseparable) he criticizes the existing social rituals, the rules of art market, he deconstructs the power mechanisms and capitalist „power centers“. However, this critique has a subversive value – with a degree of irony and sarcasm, the artist often borrows the means of expression and organization from his objects of critique thus creating an artistic intervention or social action that provokes reaction, tension and dialogue. Since 1993 he is running unofficial initiatives of various locally based international art events which eventually got a shape of Alytus Biennial. Currently he elaborates art strike technologies to be applied directly onto the local structures of the „serious culture“and is associated with transnational structure of DAta Miners & Travailleurs Psychique - DAMTP. Since 1995 he is a head of Alytus Art School. Up to 2009 he successfully developed his artistic career internationally.

Redas Diržys: Between the Bridges 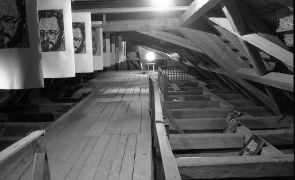 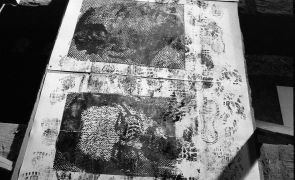 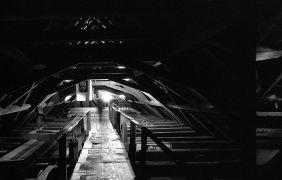 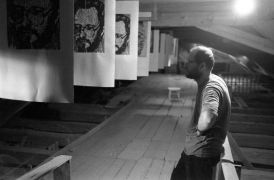