Erwin Redl: This Bud´s for You – This Void is Yours

There are no neutral spaces, or place open and empty. A large percentage of our visual environment is cluttered with commercial images. An artificial world pretending to know what we need is thrown at us at every moment: „This Bud´s for You.“ as a huge Budweiser Beer billboard reminds us on our way to JFK. The spectrum of perception is narrowed to consumer values. To see means to buy, no to reason. Advertising culture no longer exclusively sells objects but rather promotes consumption as a desired emotional state. There is a need to restore the emptiness of space, to remove the commodity aspects from objects from objects and behaviour. The initial environment for my installation is complete darkness. In this instance darkness blinds us; it enables us to slowly experience a different perception of space. This perception incorporates the discovery of the fluid aspects of our corporeal boundaries. The safe haven of the representational up along the corner between the floor and the wall, encircling the visitor to trace the borders of empty space that suddenly becomes yours. No references, no instructions – this void is yours, is you.
Erwin Redl, Plasy 1999

Erwin Redl (born 1963) in Gföhl, Lower Austria is an Austrian-born artist currently living in the United States. As artistic medium he uses LEDs. His work includes installations, videos, graphics, computerart and electronic music. Redl studied electronic music and composition at the University of Music and Performing Arts, Vienna. Then he moved to New York City, where he studied Computer Art at the School of Visual Arts, he graduated in 1995. With his artwork "Matrix VI" he lit the face of the Whitney Museum of American Art in New York during the Whitney Biennial 2002. His works, some of them are named Matrix, were shown in New York, Germany, France, Austria and Korea. The installation called Fade I allow visitors to move into lit spaces. These installations were shown in Lille, France, where it animated the Eglise Sainte-Marie Madeleine. 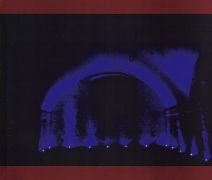 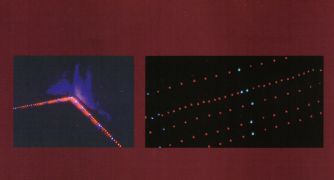 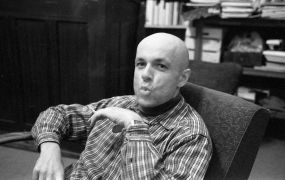