Petr Nikl (born 1960) is a Czech artist who has been active on the scene since the 1980s. Education: 1981-1987 - Academy of Fine Arts in Prague, 2004 - École supérieure des beaux-arts, Marseille. His activities have always transcended his personality of a painter, as he is active as an actor, singer, puppeteer, writer, publisher and performer.

In the 1980s, he was a member of the Tvrdohlaví (Hard-Headed) group. He is a founder of the theatre ensemble Medehaha, he was the curator of the collective exhibition "Nests of Games" in Prague’s Rudolfinum Gallery in 2000. Nikl represented the Czech Republic at EXPO 2005 in Aichi, Japan.

Often returning to the world of childhood, Nikl’s paintings depict a confrontation of innocence and the discovery of identity, representing a parable of a world which was forced to stop working under utopian visions and enter a stage of adulthood. Even the form of his paintings dwells on the stage of innocence, while their perfect aesthetic retain the promise of a peculiar secret. 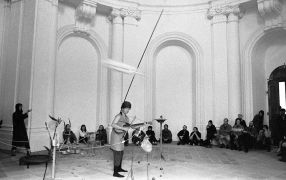 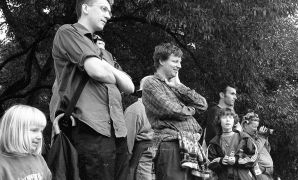