Luciano Chessa
The Noise of Art and Concert for Intonarumori

Opening Performance Orchestra, Luciano Chessa and Phaerentz will perform as part of the accompanying program to the exhibition Sounds, Codes, Images.

Opening Performance Orchestra, Luciano Chessa and Phaerentz will perform as part of the accompanying program to the exhibition Sounds, Codes, Images - Acoustic Experiments in Visual Art, and will feature compositions for intonarumori,  theoriginal instruments by Italian futurists, as well as futuristic poetry in both Italian and Czech.

Luciano Chessa is a composer, conductor, audiovisual and performance artist. His compositions include Cromlech, a large organ piece he premiered in Melbourne’s Town Hall in May 2018 as part of a solo organ recital; the opera Cena oltranzista nel castelletto al lago—a work merging experimental theater with reality TV which required from the cast over 55 hours of fasting—and A Heavenly Act, an opera commissioned by the San Francisco Museum of Modern Art, with original video by Kalup Linzy. Chessa has been commissioned multiple times by the Performa Biennial, and in 2014 he presented three events at the Solomon R. Guggenheim Museum as part of the exhibition Italian Futurism, 1909-1944: Reconstructing the Universe. Chessa’s work appeared more than once in Artforum, Flash Art, Art in America, and Frieze. He has been interviewed twice by the British BBC, and has been the subject of two short documentaries: one produced by RAI World (2014). Chessa is also a music historian specializing in 20th-century Italian and 21st-century American repertoire. He is the author of Luigi Russolo Futurist. Noise, Visual Arts, and the Occult (2012), the first book dedicated to Russolo and his “Art of Noise.” In 2009, his Orchestra of Futurist Noise Intoners (OFNI) was hailed by the New York Times as one of the best events of the year. With this project he collaborated with the likes of Joan La Barbara, Mike Patton, Lee Ranaldo, Ellen Fullman, Blixa Bargeld, Pauline Oliveros, among others. Chessa's music has been published by Rai Trade and Carrara, and has released by Sub Rosa and Stradivarius. His most recent recording, The Noise of Art (Sub Rosa), produced by Prague’s Opening Performance Orchestra, came out in March 2019.

Opening Performance Orchestra is a seven-membered ensemble moving within a large genre span –  from 20th-century electronic thrusts of the musical avant-garde as far as contemporary Japanese noise music. The ensemble’s own work is based on the so called fraction music, when the initial sound is digitally destroyed, fractured, and uncompromisingly rid of all its original attributes in the sense of the credo “no rhythms – no melodies – no harmonies.”

Phaerentz (aka Petr Ferenc) is a Prague-based electronic musician, promoter and music journalist. He has been working with sound and different kinds of media, making use of various music players, particularly record- and tape-players, but also minidiscs and portable CD players. 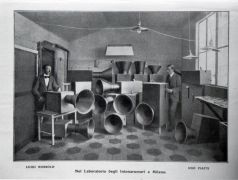 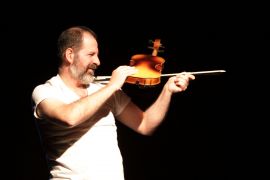