Italian artist Franco Angeloni studied art history in Rome. In the 1990s he moved to Amsterdam. In 1994 he continued his studies of monumental design in Den Haag. Angeloni considers his work to be political. He uses words instead of creating “sculptures/objects,” but he has done many “non-descriptive” works, and he still does.

At the beginning of his Super Genetic Market project was the idea of ​​a supermarket where people could go to buy the missing gene (reading, identity, personality, features, character, attitude, sex, etc.). He is interested in genetics and is fascinated by the possibility that one day one could offer immortality for sale through scientific research. He is interested in the challenges that society brings every day. The early version of The Super Genetic Market was just a few shelves with containers that represented different genes, like the way soft drinks might be offered.

Angeloni developed subsequent versions of this project as a site-specific work; that is, presenting it with promotional materials, which vary depending on where he is asked to present the work. Sometimes this happens at art fairs, art galleries, or international packaging fairs. At present Angeloni travels and creates sometimes artistic, sometimes commercial projects. 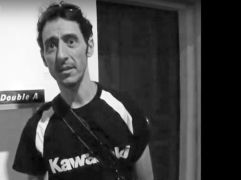 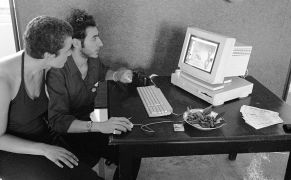