Natalia Bookchin is media artist and theorist, she works as a Professor and Graduate Director in the Department of Art & Design at Mason Gross School of the Arts at Rutgers University. She lives in Brooklyn.

Natalie Bookchin received a bachelor of fine arts degree from the State University of New York in 1984 and a master of fine arts degree in photography from the School of the Art Institute of Chicago in 1990. She works collaboratively and independently and exhibits, performs and lectures widely in the United States and Europe and on the Internet. In 2000, Bookchin earned an honorary mention in the .net category of the Prix Ars Electronica (Linz) and worked on a project with ®™ark (RTMark) for DNAid, an initiative developed by Creative Time. Over the years, she has explored a political stance evident even in early works such as False Positive (Daisy) (1991).  Latter, Bookchin began to investigate how to manipulate photography and critique the media. She has collaborated with several artists during her career, notably Lev Manovich. Their three-piece work Digital Snapshots (1995) looks at digital photography and the possibilities for manipulating truth.

After experimenting with digital photography, Bookchin began to consider newer technologies such as the CD-ROM and the Internet as formal veins for her critical discourse. In 1996, she produced an interactive CD-ROM titled The Databank of the Everyday that relies on still photography of the human body, banal actions and movements, the idea of photography's documentary role, and the principles of the contemporary database. 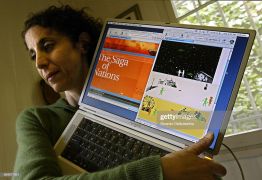 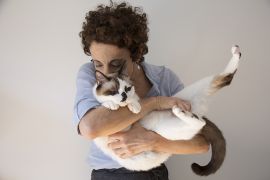