The work I presented in the Fungus show represented an attempt to extend from a two dimensional practice into an installation space. My work had up to that time relied on an interest in the ideas of ritual portrayed in renaissance painting. And I would try to subvert the atmosphere of these works by adding absurdist narratives. The monastery at Plasy had an incredible vibe which added this contemplative religious background to all the works in the show. The chance to exhibit in such a space was very instructive and my installation had qualities and devices that have been touched on in subsequent work.

Peter Lelliott (born in Kenya, 1961) is a British painter. He graduated from North Gloucestershire College of Technology, Royal College of Art, London, and between 1988 and 1990 studied at the Rijksakademie voor beeldende kunsten, Amsterdam, as part of his post-graduate fellowship. 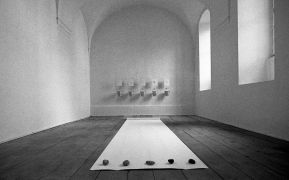 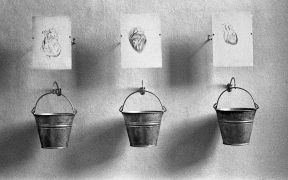 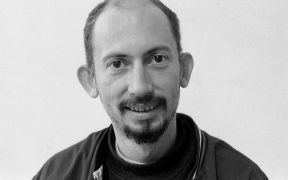