STEIM (STudio for Electro Instrumental Music) is a center for research and development of new musical instruments in the electronic performing arts, located in Amsterdam. Electronic music in STEIM’s context is always strongly related to the physical and direct actions of a musician. In this tradition, STEIM supports artists by residences, such as composers and performers, but also multimedia and video artists and assists them to develop setups which allow for improvisation and performance with individually designed technology.

The Artistic director between 1992 and 1995 was Nicolas Collins who curated and organized the visit of 3 STEIM artist to travel to Plasy. With STEIM came as well _BMBcon. _Collins himself had to cancel his participation in 1995 and sent Luc Houtkamp, Ray Edgar and Richard Barnett.

Richard Barrett (b. 1959, Swansea, Wales) began to study music seriously only after graduating in genetics and microbiology at University College London in 1980. From then until 1983 he took private lessons with Peter Wiegold. There followed fruitful encounters at the 1984 Internationale Ferienkurse fur Neue Musik with Brian Ferneyhough and Hans-Joachim Hespos. In the 1980s he became associated with the so-called New Complexity group of British composers because of the intricate notation of his scores. However, he is equally active in free improvisation, most often in the electronic duo FURT with Paul Obermayer, formed in 1986, and a voice/electronics duo with Ute Wassermann since 1999, but also since 2003 as a member of the Evan Parker Electro-Acoustic Ensemble. Since 1990 about half of his compositions have been written for the ELISION Ensemble, most notably the extended works Opening of the Mouth, DARK MATTER, CONSTRUCTION and world-line. In 2005 he and Obermayer formed the electroacoustic octet fORCH. He taught composition at Middlesex University from 1989 to 1992, and electronic composition at the Institute of Sonology of the Hague Royal Conservatory in 1996, where he taught until 2001. In 2009 he resumed teaching regularly at the Institute. Having moved from London to Amsterdam in 1993, he lived in Berlin from 2001 to 2013, initially as a guest of the DAAD’s “Berliner Kunstlerprogramm”, except between 2006 and 2009 when he was a professor of composition at Brunel University in London (Service 2005). He is currently based in Belgrade.

Luc Houtkamp (b. 1953, Den Haag) is a Dutch composer who bridges the gap between different worlds of music. With the aid of computers and live electronics as well as various forms of music notation his compositions are highly personal in both sound and concept. Stylistic freedom is not a post-modern cliché but based on his belief that musical style is secondary in importance and they’re to serve the expressive quality of the music itself.

His main interest in his pieces is the way in which the musicians play together, and how this can be directed by means of composition and the use of computers.

After a long-standing career as an improvising musician, Houtkamp established his own POW Ensemble in 2001. Being a flexible unit of musicians with musical backgrounds in jazz, rock, electronic and contemporary music, it soon became the ideal body for the performance of his own compositions.

Ray Edgar build a midi controller music instrument The sweatstick, but there is very little information on the internet about him.

Nicolas Collins, originally from New York, lived in Amsterdam and Berlin in the 1990s before joining the Department of Sound at the School of the Art Institute of Chicago. An early adopter of microcomputers for live performance, Collins also makes use of electronic circuitry, conventional acoustic instruments, and hybrid electro-acoustic instruments. He is editor-in-chief of the Leonardo Music Journal, and his book, Handmade Electronic Music: The Art of Hardware Hacking (Routledge), has influenced emerging electronic music worldwide. Collins has the dubious distinction of having played at both CBGB and the Concertgebouw. 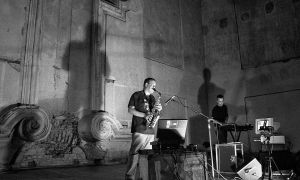 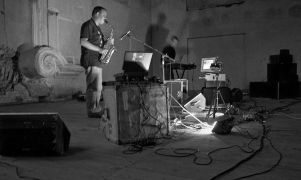 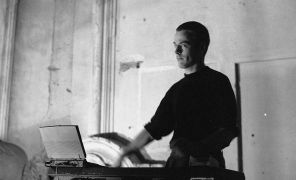 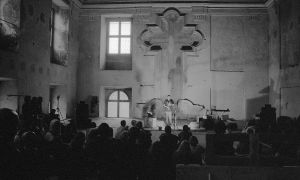