Boris Gagloev was born in 1969 in the Russian town of Vologda, he graduated from Archangelsk Conservatory in the field of jazz guitar (1993) and also he was graduate of St. Petersburg Academy of Theatre, Music, and Cinematography in the field of composition and sound creation participating in experimental course of Vyacheslav Guyvoronsky (master´s degree in 2004). In the 90s, he came across international gathering Un de Lion for instance, in 1997 he moved to Prague, where he taught at Instrumental Theatre Music College and performed concerts with various bands in the genres of avant-garde improvisation, jazz and latino-american music (Kaljan Jazz, BG Ensemble, Noise Of Time, Atarés) and last but not least, he composed scenic music.
At the end of 2004, Gagloev set up project of Noise Pictures with intention to give a boost to loose association of musicians - rather than closed band - with interest in improvised and experimental music, so that various musicians from different genres having lust for diverse approach to music making could meet; while some of them took part in no more than one action, the others cooperated much longer. Boris himself described the project as “musical yoga or sound magic by the means of live communication of musicians and audience in real time”. This group gave varied performances, they also produced many recorded material in rehearsal rooms and studios and its activity continued to flourish until January 2008, when Boris passed away.

Leyna Marika Papach is a musician and interdisciplinary artist from Japan and the United States.  Her compositions house the languages of dance, theater, sound, and image.

Papach studied in Music/Sound and Interdisciplinary Study at the Milton Avery Graduate School of the Arts, Bard College. She did theater and dance studies at DasArts, Amsterdamse Hogeschool voor de Kunsten, Amsterdam, Netherlands. She holds a certificate in Dance Studies from the L’ecole Des Sables, directed by Germaine Acogny, Toubab Dialaw, Senegal. She did private study of violin with Ivan Straus, at the Academy of Performing Arts in Prague (AMU), Prague, Czech Republic, 1998–2000. Her background also includes: IRCAM summer school sessions in Krakow, Poland and Helsinki, Finland, 2000; and an undergraduate degreein  Violin Performance, Conservatory in the University of Missouri, Kansas City (UMKC). 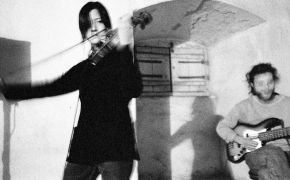