Co-curator (with David Miller) of Canadian artist participation in the symposium.

From 1994-1997, Catherine Crowston was the director and curator of the Walter Phillips Gallery at The Banff Centre and Editor of the Walter Phillips Gallery Editions. Crowston was a sessional instructor at the University of Alberta from 2000-2004, having developed a seminar in curatorial studies for the Department of Art and Design. Prior to re-locating to Alberta, Crowston was Assistant Curator at the Art Gallery of York University (1986-1994) and was both an Editor and Chair of the Board of Directors of Fuse Magazine in Toronto (1989-1995). Catherine Crowston is currently Deputy Director and Chief Curator of the Art Gallery of Alberta.

Over the course of her career, Crowston has curated numerous exhibitions and overseen the production of several national travelling exhibition projects and partnerships. In 2002, Crowston served as the Canadian Commissioner for the Sydney Biennale of Contemporary Art, and that same year was awarded the Royal Canadian Academy of Arts Medal for Outstanding Achievement in the Visual Arts. In 2005, she received the City of Edmonton Salute to Excellence Award for her ongoing direction of the Alberta Biennial of Contemporary Art. Crowston currently serves as Vice-Chair of the City of Edmonton Public Art Committee and is a member of the University of Alberta’s Festival of Ideas Advisory Board. 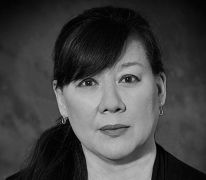