Light and Dusk
Light Installation for the Granary
Fungus: inquiry of the place
Plasy Monastery 1994

Emöke Vargová put thin wooden frames with paper sheets covered by structured paraffin in the windows. In this way she gently modulated the light conditions of one of the large spaces on the second floor of the granary.

Associate Professor Emőke Vargová (b. 1965) entered the art scene in the early 1990s, today is one of the most respected personalities with a unique signature. She is an artist-solitaire who studied painting at the studio of Rudolf Fila. Then she turned towards objects and installations. She likes to use unconventional materials such as dust, wax, polyethylene, tracing paper, plastics or a combination of them (soft relief paintings made of translucent sheets of textile combined with acrylic painting or traditional embroidery). The preference for these novelty materials comes from the author’s sense for matter and her appreciation of its specific properties as well as its limits. She uses wax because “…it evokes softness and liquid fragility which is not suitable for a long-lasting experience”, or paper which she “sees as something that is unsolid, variable a casual”. On one hand, she accepts the state of the material, but on the other she fights its limitations and creates wax benches, fragile spatial paper puzzles, dirtglass pictures that contain floor dirt.** **The work of Emőke Vargová defies standard style categories and art movements that were predominant at the turn of the 20th and 21st centuries. She is able to move very deftly between different kinds of media.

Mgr. Barbora Geržová (1981), art historian, critic and curator. Since 2006, she has been internal curator of Nitra Gallery. 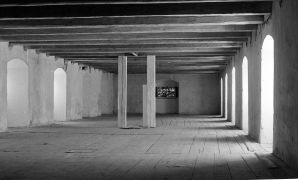 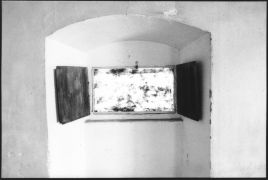 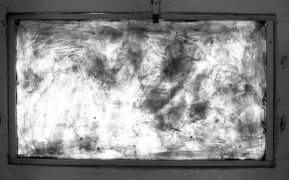 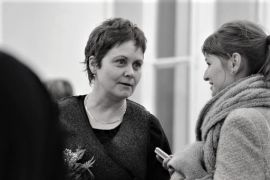