With a forceful compositional character, the work of Francisco López develops an elaborated and subtle form of hyperreality that strives to generate a self-sufficient sonic virtual world, solely created from original recordings, with no transformation and with no added sounds, instrumental or otherwise.

The sound performances of Francisco López are something beyond a “normal” music concert. An intense and rich sonic immersive experience in the dark, with a surround multi-channel sound system and blindfolds provided for the audience. Virtual worlds of sound created out of a myriad of original sources collected all over the world – from rainforests and deserts to factories and buildings from multiple locations – and mutated and evolved during years of studio work through the master compositional skills of López's universe.

Francisco López is internationally recognized as one of the main figures on the stage of sound art and experimental music. His experience in the field of sound creation and work with environmental recordings covers a period of almost forty years, during which he has developed an impressive sound universe that is completely personal and iconoclastic and based on profound listening to the world.

Lloyd Dunn ( nula.cc ) is the creator of the filecast project nula.cc, comprising tens of hours of sound, hundreds of photos and texts, which mostly come from his travels. Individual filecasts consist of assemblages of sounds, images, and words, and Dunn makes them available freely for download. Similar to López, filecasts are often based on field ecordings, and he also supplements them with photographs, videos, texts and found material. Dunn prefers “… to let the works speak for themselves as much as possible. However, each individual filecast is accompanied by more or less detailed clues as to the significance, context, or possible interpretation of the works offered. These descriptions generally take brevity to be a primary virtue.”

Multimedia artist and publisher Lloyd Dunn (b. 1957, Iowa, USA) is a founding member of the legendary experimental group The Tape-beatles and founder, publisher and editor of several small-press publications, such as Photostatic and Retrofuturism. Starting in the 1980s, Dunn has made use in his work various media, including 16mm film, digital video, audio, print and the web. He studied linguistics, and did his master’s degree in film, photography, multimedia and electronic music at the University of Iowa. Dunn has lived and worked in Prague since 2001. 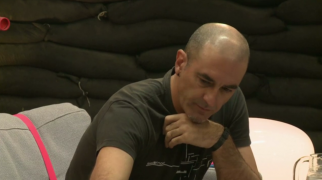 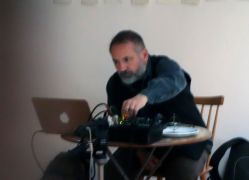