Frank van de Ven (1961, Tilburg, Netherlands) from 1979 to 1982 studied at the University Groningen, history and social sciences. He is a dancer and choreographer who spent his formative years in Japan working with Min Tanaka and the Maijuku Performance Company. In 1993 he, together with Katerina Bakatsaki, founded Body Weather Amsterdam, a platform for training and performance. Body Weather is a comprehensive approach to training and performance that investigates the intersections of bodies and their environments.  Bodies are conceived not as fixed and separate entities but as constantly changing – just like the weather. Weather is seen as a complex system of forces and influences coursing through and beyond bodies and the world. The term and philosophical basis for Body Weather was founded in the early 1980s by dancer Min Tanaka and further developed by Laboratories worldwide.

An interest in dance and theory led Van de Ven to work with other dancers and theorists in extracting concrete strategies for dance from the theories of Gilles Deleuze and Felix Guattari. This research concentrates on the question 'How to make yourself a Dancing Body Without Organs' and investigates (collaboratively with Peter Snow of the University of Melbourne) the simultaneous production of Thought and Action. 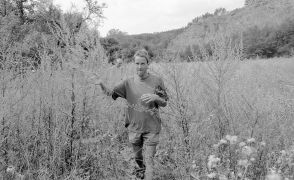 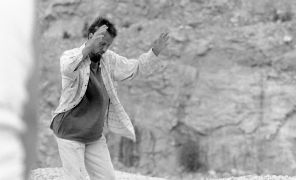