Heinz Weber (*1957) is a German sound artist and musician. He studied visual arts at the „Hochschule für bildende Künste“ in Hamburg in the late 70th and early 80th. His work is focussed on sound installations and research about the musical quality of space. In 2013, after a break of more than 20 years he re-started to play electric guitar. In May 2015 he realized a theatre project titles „NO ZEN“ at the „International Theatre Festival, Donzdorf“ (South Germany) where all the perfomance by the actors was related to listening. Since 1997 he works on Radio Pieces (soundscapes and pieces related to special defined places and areas) and combines documentary and experimantal sound composing. In all of his work Webers main subjects are „attitude and action“ of himself as the artist and of an audience concerned to a piece and concerned to art at all. Heinz Weber lives in Berlin.

In 1990 he founded SPRITZENHAUS in Hamburg, a center for media arts - organisation of soundart-performances and soundart-installations, curator for soundart-residencies given by the City of Hamburg, since 1993 SPRITZENHAUS-Sound-Studio, in 2003 he moved to Berlin. 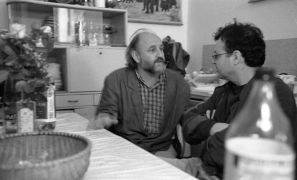 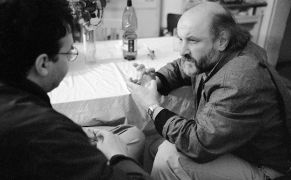