Iren Stehli (born 1953 in Zurich) is a Czech/Swiss photographer. Between 1993 and 2001 she was the director of The Swiss Cultural Foundation Pro Helvetia Prague. Between 1972 and 1979 she studied at the Department of Photography, Cinema and TV Faculty AMU.

During the years 1978-80 she recieved Swiss Federal Scholarships, and from 1979–1983 she studied at the postgraduate studies at FAMU. Over a number of decades she accompanied a Roma woman named Libuna, living in Prague, through the vagaries of her life – a unique long-term study in which the photographer was not just an outside observer, but also became a friend and confidante. This major work was published in 2004.

In addition, Iren Stehli has also undertaken a number of other projects since 1974. These feature a particular blend of fascination and concern. Her sensitive images capture how people master everyday life and political upheavals, how they survive and socialise, how they share joy and sorrow or overcome loneliness. Iren Stehli’s forms of expression always extend beyond the purely documentary, ranging from subjectively-tinged reportage to conceptual study – as in her large series about shop windows in Prague, for example. Her spontaneous, dynamic snapshots form a tense relationship with static, almost minimalist compositions.

Iren Stehli was elected as director of the Pro Helvetion Ost West office in Prague in 1995. source: Digital culture in Europe : a selective inventory of centres of innovation in the arts and new technologies MEDIACULT. Published 1999 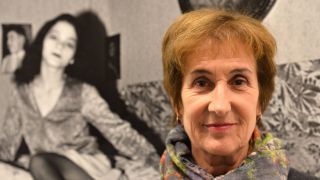