David Rothenberg presented his work making music live with birds, whales, bugs, and freshwater ecosystems in this lecture From Field Recording to Live Performance with Musicians of Other Species with live musical examples.

David Rothenberg (1962) has long been interested in the musicality of sounds made by inhabitants of the animal world. He has jammed live with lyrebirds, broadcast his clarinet underwater for humpback whales, and covered himself in thirteen-year cicadas to wail away inside a wash of white noise. Rothenberg presents a musical trajectory through several of his favorite species, revealing their distinct and evolved aesthetic senses in an attempt to show that music can reach across species lines, from human to animal, and back. Creatures whose musical worlds we will enter include the thrush nightingale, humpback whale, three-humped treehopper, snowy tree cricket, seventeen-year cicada, white-crested laughing thrush, superb lyrebird, European marsh warbler, lesser water boatman and the mountain pine bark beetle.

Musician and philosopher David Rothenberg wrote Why Birds Sing, Bug Music, Survival of the Beautiful and many other books, published in at least eleven languages. He has more than thirty recordings published, including One Dark Night I Left My Silent House (ECM), and most recently In the Wake of Memories and They Say Humans Exist. He has performed or recorded with Pauline Oliveros, Peter Gabriel, Ray Phiri, Suzanne Vega, Scanner, Elliott Sharp, Iva Bittová, and the Karnataka College of Percussion.

Nightingales in Berlin is his latest project, released as a book, CD, and film.

Rothenberg is Distinguished Professor at the New Jersey Institute of Technology.

and was the editor of the published anthology from the Vs.Interpretation festival.

This lecture is presented as part of the programs Bio Troja and the Agosto Foundation Mediateka, with the support of the Ministry of Culture of the Czech Republic in cooperation with the Other Music festival and CENSE: Central European Network for Sonic Ecologies. 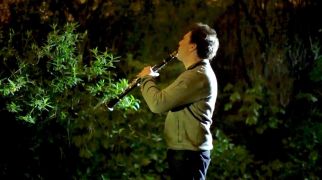 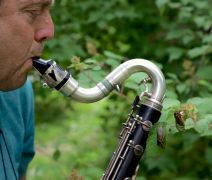 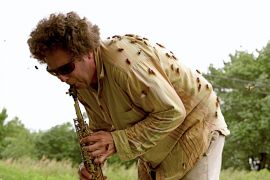 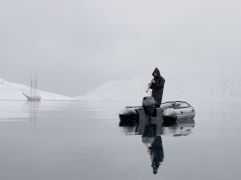