Contents of the Book

Sabine Breitsameter: Ordering of Sounds: The Homogenization of Listening in the Age of Globalized Soundscapes

Anna Kvíčalová: “Truly Unnatural”: Losing the Human in the Anthropocene

Tomáš Šenkyřík: Dawn Chorus Confronted with the Noise of Civilization, 2019—2020

Aleksandar Vejnovic: Audience Development in Acoustic Ecology: Facilitation and empowerment for the open public exemplified in a case study

Jan Trojan: Music for the Siren. An Acoustic Signal Articulated by a Musical Instrument Through a Musical Composition or Performance

Miloš Vojtěchovský: Thunderheads, Clouds, and Cloudlets: A Note on the Phenomenology and Ecology of Rain

The publication Sound and Environment is a culmination of the international interdisciplinary conference Murmurans Mundus: Sonic Ecology and Beyond, which took place in October 2019 at the Faculty of Art and Design of Jan Evangelista Purkyně University in Ústí nad Labem organized in cooperation with partners from Poland, Hungary, and Slovakia. The book focuses on current matters of acoustic ecology at the intersection of fine arts, design, music, and education, and it explores the possibilities that this discipline has to offer for reflection on today’s transforming world. The book was published in both English and Czech. (From the preface.)

The Faculty of Art and Design of UJEP (or rather its dean, pedagogue and artist Pavel Mrkus, together with pedagogue and artist Jan Krtička) have prepared and implemented an international conference called Murmurans Mundus, under the banner of the Central European Network for Acoustic Ecology. The present publication, which is CENSE’s first instance in print, was in a year in the making.

The aim of the conference was intended to “contribute to the international discussion on topics such as noise pollution, options for the interpretation and manipulation of the acoustic environment or possibilities to reflect ‘Acoustic Ecology’ in the educational process.” It should be mentioned that the founding conference, CENSE 1 was initiated by the pedagogue of the Moholy-Nagy University of Art and Design and the musician Csaba Hajnóczy at the end of 2018 in Budapest. The idea of a formal or informal group, forum or network, connecting individuals from different countries and professions, for the purpose of considering the integration of the sonic environment, ecology, culture and art within the region of Central Europe took a more concrete form during the Architecture and Senses conference in the autumn of 2018 at the Plasy Monastery in West Bohemia. This was preceded by another three days of colloquia and workshops of Soundworms Ecology Gathering in Mariánské Radčice in 2017. This year, in 2020, the staff of the Soundscape Research Studio at the Institute of Cultural Studies and the Institute of Musicology at The University of Wrocław, Poland, held another conference, this one online, in the series, which focused on on sound recording and archives.

The Murmurans Mundus program combined a two-day series of lectures, workshops, evening concerts and performances with the exhibition of several sound and video installations on the topic of the weather (Atmospheric Disturbances). The project was supported by a grant from Visegrad, and guests from Slovakia, Poland, and Hungary personally took part in the event. Thanks to the support of the University, guests also arrived from from Slovenia, Austria, Germany, Portugal, the UK and the US. Papers for a collective anthology were provided by only a few, but these nonetheless form an inspiring collection of dozen or so theoretical and practical texts. The editors Krtička and Mrkus have integrated two additional studies into the anthology, originally intended as an accompanying text for the publication of a Czech translation of The New Soundscape (1970) by Raymond Murray Schafer (essays by Sabine Breitsameter and Jozef Cseres). After the previous collective anthology Landscape in Focus (2016) devoted to the general issues of human industrial landscape and nature and ecology, also prepared by Mrkus, this stands as another example of a synthesizing effort within the milieux of interdisciplinary approaches, both in and outside of academia in the Czech Republic.

In the editorial text, published here by permission of the editors, the individual contributions are briefly outlined.

In fact, try as we might to make a silence, we cannot. The above quote refers to the realization that dawned on John Cage during his visit to the anechoic chamber at Harvard University. Although no sound could enter the chamber, Cage “heard two sounds, one high and one low.” We indeed cannot escape sound — even if we try to completely insulate ourselves from its source, we hear the sounds of our own body. However, while we can’t escape sound (except perhaps by going deaf), our culture is a predominantly visual one. In order to orient ourselves, not only in space, but also in relationships, situations, or pieces of information, we try to visualize them. We create visual representations to portray or complement visions, ideas, texts, and sounds. But what happens if we suppress visual perceptions and focus our attention primarily on acoustic ones? Will they simply confirm what we have already seen with our eyes, or will they convey a new quality, a new type of information, or another level of aesthetic experience?

Such questions are asked by artists, scientists, and all those who perceive their environment as a whole and pay attention to its acoustic qualities. Landscapes, cities, and interiors are made up of sounds; their shape is audible. Sound, whether natural or artificially produced by human activity, has a significant impact on our experiences, but also on our memories of places and events. Being attentive to soundscapes is part of the research in the field of sound ecology, bridging various disciplines from physics and acoustics through environmental studies and musicology to various forms of contemporary fine art. It might be interesting to note a paradox between two contrasting realities: the louder the artificial, e.g. industrial, noise gets, the more perceptive we are to natural sounds and the more we appreciate them. Nevertheless, all of these elements form a larger whole — today’s soundscape, which we learn to perceive anew.

The present collection of texts follows on from the Murmurans Mundus: Sonic Ecology and Beyond / CENSE Third Annual Conference, which took place in early October 2019 at the Faculty of Art and Design of Jan Evangelista Purkyně University in Ústí nad Labem. The topics and personalities brought together at the conference inspired the creation of this anthology.

The publication consists of two parts that are largely intertwined: theoretical studies and reflections of artistic projects. Strong links are established across both sections as the texts enter into dialogue and complement each other. From our point of view, several thematic subgroups can be found in the book. However, this should not be seen as the only possible approach to the publication, as we hope that every reading will allow for new connections and meanings to be found.

Jozef Cseres offers an introduction to the subject of sound and its role in culture and the environment, based on a reflection of the thoughts of John Cage, Raymond Murray Schafer, and Jacques Attali. In fact, these three major figures largely defined the thinking about sound in our Western culture, and most of the authors of this publication refer to them in one way or another. Sabine Breitsameter looks at the ongoing transformations of our environment from a sonic perspective and critically comments on the gradual homogenization of urban soundscapes in the context of globalization, while Anna Kvíčalová questions the modern dichotomies between nature and culture against a backdrop of acoustic ecology in the Anthropocene. The clash between natural and man-made environments is also reflected in the work of Nathan Wolek, who made a series of audio field recordings at DeLeon Springs State Park in Florida, USA. In their respective projects, Peter Cusack and Tomáš Šenkyřík managed to capture audible anthropogenic changes in the environment. The Aral Sea Stories project uses sound to document the disappearance of the Aral Sea, whereas the Dawn Chorus project mirrors the current COVID-19 pandemic.

Studies and recordings of the sonic environment bring us to the question of how we actually listen and whether it is possible to develop or cultivate this capacity. Martin Flašar points out that all listening must begin in silence, or relate to it, so that we can discern and understand the soundscapes we live in. Aleksandar Vejnovic, on the other hand, takes another position and argues that it is through the use of digital technologies that we can promote a focused and conscious way of listening. A parallel to this can be found in Irena Pivka and Brane Zorman’s multimedia performance Hodi.TI/2.WALK, which stimulates the audience through walking and listening to audio recordings via headphones and a mobile application. Man influences and shapes the sonic environment by his mere existence and by his activity. If we engage in a conscious and creative interaction, it may result for example, in a series of audio events or musical compositions, as shown in Jan Trojan’s text Music for the Siren, which describes an extensive project combining specific signals from our sonic surroundings, musical composition, and radio broadcasting in order to create an exceptional, time-bound acoustic event. Sam Auinger and Bruce Odland work in similar settings (i.e. urban areas), but on different timescales and by other means: their installations transform environmental noise into a new sonic reality.

The sound medium does not exist in a void, and we tend to think about our listening experiences in wider contexts and in analogies. Július Fujak explores the question of whether certain sounds and their recordings can be assimilated to photographs — and whether there is such a thing as sonic photography — illustrating his reasoning by his own composition, Pentrophony. Miloš Vojtěchovský approaches environmental transformations from a broader perspective, choosing to focus on our understanding of weather. This topic provided the basis for the Atmospheric Disturbances exhibition, which brought together projects from the domain of sound art and beyond, and it is further developed in Vojtěchovský’s paper. (Participants in the exhibition were Zdeněk Košek, Marie Steinerová, Michal Kindernay, Jan Krombholz, Polina Katchenka and Ibra Ibrahimovič, Daniel Hanzlík, Slávek Kwi, Peter Cusack, Felix Blume, Raguel Castro and John Grzinich note of the editor).

Although the basic texts about sound and environment, ways of listening, and acoustic ecology from R. M. Schafer, Bernie Krause, Pauline Oliveros, and others have been around for decades, these topics were long overlooked in Central Europe. Only recently did works exploring the ideas of acoustic ecology start to emerge in the field of fine art. Today more than ever, at a time when the world is undergoing rapid changes that are not easy to capture, let alone admit, listening, recording, analyzing, and approaching sounds from our environment in a creative way can contribute to a deeper understanding of what is happening around us and what our role or position is.

Although the term is only just being discussed, artistic research plays a key part here, opening up possibilities for a new perception of the environment in its entirety. We hope that our book, which offers mainly artistic insights on acoustic phenomena at the intersection of exact sciences, music, and sound art, will be a valuable contribution to the debate on sound ecology. 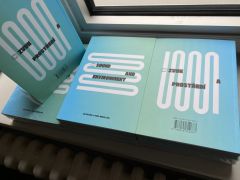 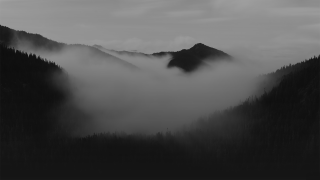 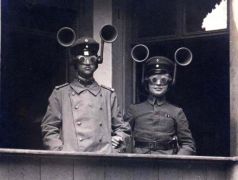 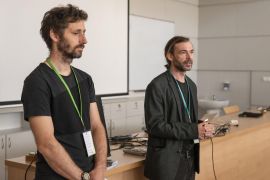 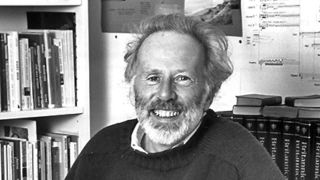