"I came to the Plasy Monastery with a passion for old buildings and churches in particular, as I find them to be reservoirs of great spiritual energy. And I came to Plasy with a desire to continue my work of bringing animal nature to designated sacred spaces. The granary itself, with its chapel at the core, already perfectly embodied the primitive origin of the church, a stable, and the sensual Baroque elaborations of spiritual life. Thus, this work came to be about the small pressures and moments marking the congruences of my own history with the physical and psychic space of the granary. Here, I chose one among many special places within the monastery, which so yieldingly contains the breadth of the Hermit experience."

Deborah Boardman (1958–2015) grew up in Marblehead, Massachusetts, USA and received a bachelor’s degree from Mount Holyoke College. She earned a master’s in fine arts from Tufts University in Massachusetts (1988). A year later, she landed a job at the University of Iowa, where she taught painting. Than she returned to Chicago. In 1997, she began teaching at the School of the Art Institute.

Boardman had been an adjunct associate professor within the School of the Art Institute of Chicago’s painting and drawing department. She taught there from 1997. Her paintings encompassed the divine and the mundane, from mandala symbols to sleepy family dogs, and she was fascinated by dowsing, in which practitioners use forked sticks to search for water. When she learned that some of the cathedrals of Europe were built over underground waterways, she incorporated the idea of hidden energy sources and fault lines into her work. 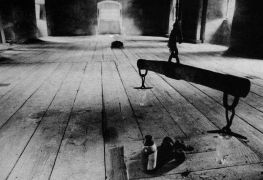 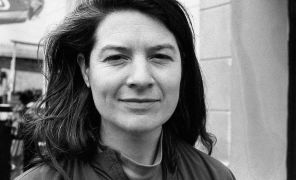 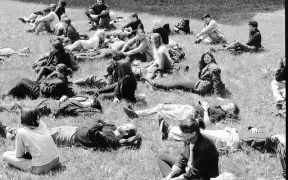