"The performance is based on the nature and possibilities of the Refectory space. It provides a score divided into eight different rhythms. Every single rhythm is caused by a line of water, dripping down from an 11-meter high ceiling into zinc pails. The composition of the Irrigation Song brings a dramatic balance into the (dis-)harmonies of the eight different rhythms, into the female voices, connected to the pails. The Irrigation Song was performed on the 24th of July by eight women from Bohemia, the U.S.A. and the Netherlands."

Sander Doerbecker is a Dutch visual artist and designer. He studied design and environmental studies at the Royal Academy of Art and Design in Den Bosch, mechanical woodworking at the Vakopleiding Center in Rotterdam, and restoration of furniture at Pati Limona, Barcelona.
Apart from making his own designs, he often works for other artists and cultural institutions. The works consist of technical support and disassembly of exhibitions, interior design and scenography, organization of cultural events and exchange exhibitions, seminars (film / video). Doerbecker has been working for a long time in Spain, where he expanded his business to the private sector and agriculture.
He presented his work in these institutions: Galería Alejandro Sales, Barcelona; Stroom, Den Haag; Surge Gallery, Tokio; Apollohuis, Eindhoven; Skulpturenmuseum Glaskasten, Marl; Galerie Littmann, Basel; PS1, New York;  Museo de Arte Moderna, Rio de Janeiro. 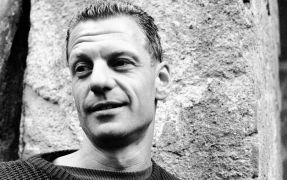 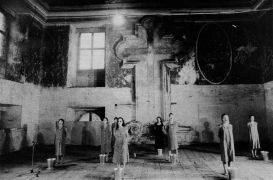