"Birds" are sound objects constructed from wooden and metal parts. Several kinetic acoustic musical instruments were assembled from found parts of old furniture on site. The found object - a huge tower and clock-spinning face-dial with a rotating light tube on the backside ("Material Score"), provided the light signals to the improvising musicians. The performance was staged with: Radka Hanzlíková, Eva Holečková, Martin Janíček, Oldřich Janota and Jaroslav Kořán.

Luboš Dalmador Fidler (born 1951 in Karlovy Vary) is a musician, visual artist and builder of sound objects. He lives in Albeř, South Bohemia. He has been an active member of the Czech alternative music scene since the early 70s, a founding member of groups such as Stehlík, Švehlík, MCH Band, Kilhets etc. In early 1980s member of the minimalist-experimental trio Janota-Fidler-Richter. In 1986 emigrated to Germany where he lived until 1996. In the 90s, he partook with his interactive sound installations in Petr Nikl's projects (Orbis Pictus, Labyrinth, Play). For several years he exhibited at the Center for Metamedia in Plasy. He has composed and performed music for theatre and film. Recently, Fidler continues performing with Zdeněk Konopásek or Štěpán Pečírka in the group Noční pták.
"Since 1986, I have been living in the countryside with my wife and cat, for 20 years in Bavaria, later in South Bohemia. I am growing as many vegetables as possible in my garden (supporting myself with visual art and music) and I swim in local peat lakes, occasionally develop a new sound object, or a new instrument. My recent musical projects include Noční pták, and its acoustic branch LAMA or Vody-Fugy-Vzruchy.“ 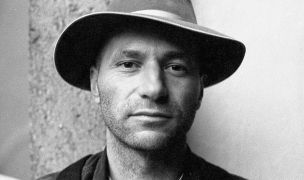