Jana Lewitová and Rudolf Měřinský are among those musicians who, during the 80s, sought new ways to achieve a deeper understanding of early musical forms. They sang and played in the ensembles which began to form at that time. With Camerata RSX, a leading Czech ensemble specializing in Renaissance and early Baroque secular music, they first performed as a duo, and soon were giving their own concerts as well. They are constantly broadening their repertoire which now include Italian, English, Spanish, French, German, and of course Czech music from the Renaissance through to Early and Late Baroque. Many of their pieces had been retrieved from the archives and were performed for the first time in centuries.

Jana Lewitová, mezzosoprano, graduated from the Academy of Music, Prague; she is one of the foremost Czech performers of Renaissance and Baroque music. She studied classical singing under Professor Karel Berman and Professor Terezie Blumova, and Baroque music under Jessica Cash at her summer courses in Innsbruck. Jana Lewitova performs with well-known soloists, with early music ensembles (Prague Madrigalists, Musica Florea, Capella regia musicalis) at concerts and for recordings, and is much in demand as a teacher. Among her earlier solo recordings are the Sephardic Songs, which were awarded the Czech Music Fund Prize in 1994.

Rudolf Měřinský - from the seventies onwards, however, a growing number of musicians began to devote themselves to the lute professionally. In Bohemia and Moravia, too, the tradition of lute playing is being revived, among others thanks to the Prague-based musician Rudolf Měřinský. He has been privately studying the lute for over ten years under such teachers as Nigel North, Jacob Lindberg, Anthony Rooley and Hopkinson Smith, and in such specialized courses as the Summer School in Innsbruck and that in Dartington, England. His repertoire is taken mainly from Renaissance and Baroque music; he performs as a soloist, in small ensembles, and is much in demand for thorough continuo parts. Rudolf is an active researcher of musical archives, principally for his concert repertoire. He acts as a music teacher, and he is also a recognized expert in Chinese martial arts and Chinese medicine. 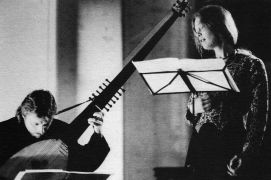 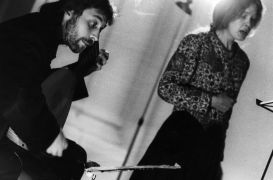