Mustafa Skopljak (1947, Kotor-Varos – 2015, Sarajevo) was a Bosnian painter. In 1970, he graduated from the Sarajevo Secondary School of Art. Afterwards, he enrolled at the Pedagogical Academy. He graduated from the studio of prof. Alija Kucukalic at the Academy of Fine Arts in Sarajevo in 1977, and finished his post-graduate studies in 1988.

He was a member of the Association of Visual Artists in Bosnia and Herzegovina since 1972. From 1993 to 1998, he worked with puppets, scenes and costumes for puppet performances. He was professor at the Academy of Fine Arts in Sarajevo's Department of Sculpture. 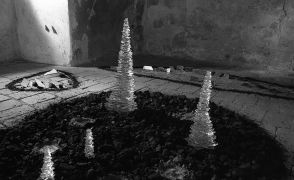