Igor Korpaczewski (born 1959) is a Czech painter who has been signing his figurative paintings with the monogram KW for years. Under the Q tag, he creates less durable objects and installations. In addition to artwork, he also devotes himself to music under the names of Clean Dirt and Stray Dog. Korpaczewski worked for twenty-three years as an assistant in the studio of Jiří Sopka at the Academy of Fine Arts in Prague.

From 1983-1989 he studied painting at the Academy of Fine Arts in Prague. He belongs to the generation of Czech postmodernists, such as members of the Tvrdohlaví group. But his theme is introspection - he has been processing intimate topics that he solidly assessed only in the context of the nineties. It is therefore a purely solitary form of expression.

KW has consistently devoted himself to various possibilities of figural representation in painting which sometimes passes over to conceptual expressions. His works have content, whether these are existential themes formulated within individual images or issues of perception of reality, which he deals with in his installations.

His paintings have been present at all major exhibitions (Perfect Tense, 2004; Resetting / Alternative Ways To Objectivity, 2007) trying to grasp the phenomenon of contemporary Czech painting. 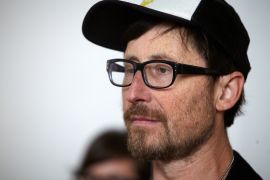