How can the metaphysical and poetic possibilities inherent in a building’s space and acoustics be resonated or “sounded” and brought into full play through live improvised musical performance and musical compositions integrating moving images and the medium of DVD/film?

Rajesh Mehta is an M.I.T. trained engineer, trumpet innovator, composer and artist and has been busy for over 30 years with the intercultural and interdisciplinary relationships between architecture and the senses. From an engineering and physics perspective, Mehta worked for an engineering acoustical consulting company in San Francisco from 1987-1991, where the firm was also involved in the acoustics of buildings. Mehta’s solo projects make use of music and movement in architectural spaces. He also works as a composer, making use of a self-designed graphic notational and visual art system or framework to compose pieces which incorporate moving musicians and sound artists. He has collaborated extensively with architects through his ongoing project Sounding Buildings (2002) which was initially sponsored by MIT for a DVD project collaboration with the American architect Steven Holl. The architect Daniel Libeskind invited him to lecture about Sounding Buildings as part of his design seminar at the HFG Karlsruhe in 2001 and 2002, which has been published in a book by the Daniel Libeskind Research Studio. Mehta has created many projects on the theme of architecture and the senses in the Czech Republic (the symposium Transparent Messenger in 1993, the CD A Day in Benedict _1997, a lecture in Brno on _Sounding Buildings in 2004, etc.) 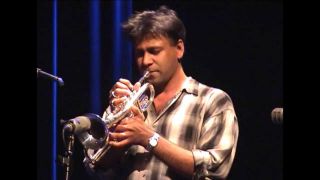