Between the Physical and Supernatural

A church, like any temple, can be regarded as a sacred space. Is there an essence of spirituality embedded in its aural atmosphere or is this something imagined by the visitor? Can the soundscape of a church transmit an exclusively religious message or perhaps it can have a purely sonic and musical context?

This lecture will address these questions by describing the methods of composing and performing Silentium, an electroacoustic piece based on sounds of churches, bells and organs. Exploring the sacred soundscape of a church initiates an aesthetic inquiry into sounds of religious origin with the aim to initiate a discourse about sacred and secular spaces in relation to acousmatic music performance and listening.

Moreover, Silentium examines the contrast between the mundane and chaotic urban noises and the attentive worshipful silence of a concert. The act of listening to Silentium is an immersion into what historian of religion Diarmaid MacCulloch has described as a border-zone between the physical and supernatural.

The sound of bells plays a very significant role in the global history of sound and listening. Throughout the centuries the ringing of bells has been creating for human beings a notion of space and passing time, alongside generating a deep feeling of communication, together with a sense of protection from evil spirits. Moreover, the sound of bells shapes the sonic identity and marks the territory of the community that uses them. The bell creates a focal point, a spatial and sonic centre around which the believers form a sacred space that aids them in finding order and meaning in the world. The bell sound may be an imaginary metaphor for the voice of God and its ritualistic function can also act as an instrument of authority and power.

Yiorgis Sakellariou is a composer of experimental and electroacoustic music working and living currently in Lithuania. Since 2003, he has been internationally active, being responsible for solo and collaboration albums, having composed music for short films and theatrical performances, leading workshops and ceaselessly performing his music around the globe. His practice focuses on the communal experience of listening and the communication between composer, audiences, performance spaces and the rest of the physical and supernatural world. He only performs in absolute darkness, fostering an all-inclusive and profoundly submersive sonic experience.

Yiorgis Sakellariou was awarded his PhD from Coventry University in April 2018. His research drew inspiration from ethnomusicological and anthropological contexts and explored the sonic symbolism and socio-aesthetic settings in ecstatic religious rituals in relation to field recording, electroacoustic composition and acousmatic performance. He has presented papers in INTIME 2015, a symposium with the theme “Landscape and the Environment” (Coventry University), the EMS15-Electroacoustic Music Studies Network conference on “The Art of Electroacoustic Music” (University of Sheffield), the “Disciplines in Dialogue” BFE/RMA Research Students’ Conference (Bangor University, 2016) and Klingt Gut! Symposium on Sound (HAW Hamburg, 2016). Yiorgis Sakellariou is a member of the Athenian Contemporary Music Research Centre and the Hellenic Electroacoustic Music Composers Association. Since 2004 he has curated the label Echomusic. 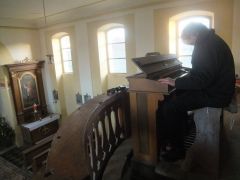 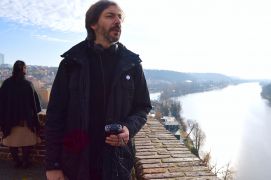