"During a walk in the space of installation I can perceive a rhythmical cyclic movement in time and space. These two movements are in fact identical. If you follow the forms, placed by Ronald Medema on both side of the shutters, while walking you get the feeling of there being one vertical strip."
Robert Medema
Both installations of Ronald Medema in the granary concern two kinds of movement. One with the clock, the other against the clock. If one concentrates on one of them, the other is eliminated.
The first installation was designed by Medema for a small closed space under the clock's weight in the granary tower. The piece consisted of a black inscription on the floor in Dutch, "Gedenk mens dat is stof bent en tot stof zult wederkeren" and a pile of sand or other bulk material, as if it was made of dust falling from the clock machine above. The second installation consisted of colored stripes on the outer and inner side of the wooden shutters on the first (or second) floor of one of the granary wings. Apparently, the original Baroque shutters were found and planted into the windows. Medema professionally (at that time he was already interested in the technology of icons on wooden boards) cleaned them with bee's wax. Then he painted small colored stripes in dull ocher, green and red shades. The viewer who moved around the room along the windows had the opportunity to connect the separete "frames" of the film into a continuous vertical strip. The sensitive intervention in architecture was completely immersive and the visitor could appreciate it only if he/she stayed in the building for a longer period. The granary was opened to the public during the symposium for the first time after it was used and misused by the local agriculture cooperative.

Ronald Medema (1956) is a Dutch painter, living and working in Lettelbert, Friesland. He graduated in 1979 in painting at the Academy for Visual Arts 'Vredeman de Vries' in Leeuwarden. His interest in the meaning of icons in the tradition of the Orthodox Church was already laid, specifically the discovery of the spirituality of the Orthodox religion, which later lead to his choice to become Orthodox. On that occasion he received the name Silouan. Medema made study trips to Egypt, Mount Athos, Greece and Turkey.
Since 2002, Medema has focused exclusively on 'writing' icons, which are interpretations of 'the Word' in line and color within the experience of the Orthodox Church. He followed lessons with Bernard Frinking from 2000 to 2004, from 2010 to the present he undertook lessons with Elena Antonova. On March 1, 2015, on the Sunday of Orthodoxy he was ordained a reader in Paris and received the blessing as an icon-bearer of Archbishop Job of Telmessos, Exarch of the ecumenical patron of Constantinople. On 21 April 2018 he was ordained deacon by His Eminence Metropolitan Athenagoras of Belgium Exarch of the Netherlands and Luxembourg. 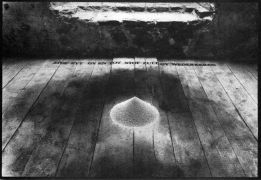 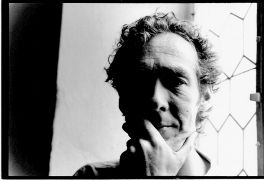