"This installation is called Concentration. It is the feeling I get walking up and down those stairs. Moving around a centre. An invisible axis. Watching the middle. The strings describe the movement, that happens in the space between the concrete staircase and its invisible centre.
Concentration is also related to the spiritual / mental activity that might have been going on in this convent for hundreds of years in an ongoing movement between the universe and human beings."
Felicitas Rath, 1992 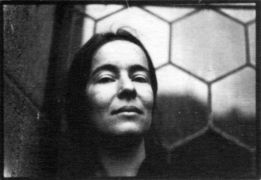 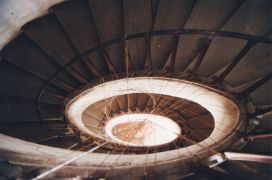