In seventeenth century, fairy tales were first used by aristocrat woman as conversational games consisting of dialogues, and thoughts about morals, manners, and education, and sometimes to oppose male rules. Although men and women participate in this language, woman in particular were the ones who would primarily employ this oratorical style, improving it to the extent that it would gradually become a major influence on literary. 1

Fairy tales were anti-classical and written and told implicitly in confrontation to the Greek and Roman literature used as models by the French writers of the time. 2

They were not or written for children. Only in the eighteenth century, fairy tales were introduced to children to enforce morals and a patriarchal code of civility, obviously to the disadvantage of woman. Jessica Benjamin in her book The Bonds of love, Psychoanalysis, Feminism, and the Problem of Domination explores the idealization of the father and the devaluation of the mother in the light of Beaumont´s version of Beauty and the Beast Benjamin enables us to understand how the fairy tale has been strategic for the maintaining of patriarchal authority in western societies.3

According to Friedmar Apel, the central theme of the fairy tale has always concerned the struggle of the imagination between the spiritual side of humanity and its exploitations by the development of inhumane technology. Apel claims that although the fairy tale still reflected a harmony between human´s soul and progress in the eighteen and nineteenth centuries, today it could never be anything other than entertainment. To be of any value today, the fairy tale´s formal characteristic would have to be restructured. As he remarks: “While other genres (i.e., the novel, lyric poetry) have been able to maintain themselves only by depicting the impossibility of the unity of the world and soul, the fairy tale requires the possibility of conceptualizing this unity as a starting point, no matter how relativized it becomes."4

From advertising, with TV commercials disseminating culturally dominant codes, to giant billboards blending in with the imposing presence of post-modern architecture, cultural commodities such as the ones distributed by the Walt Disney Industry are, unfortunately, some of our few links to the fairy tale. By contributing to the prevalent rampant consumerism, we sustain a hegemonic system of values which through symbolic representation and semiological manipulating, renders reality abstract. As a result of media culture, our assimilation of the real becomes, camouflaged and codified into stylistic fragments. The question is whether  or not aesthetic language has suffered by compensating  its loss with a post-modern infatuation with the spectacle, encouraging a kind of art that relies more on trendiness than on historical complexity.

We have  experienced how difficult it is to infiltrate the abstract  (but nonetheless thick) layers of bureaucratic and legal powers to be able to perform any changes in the world today, particularly because each one of us helps to weave this web.  Nevertheless, as Foucault remarks: "Power is not a matter of sovereign imposition by governments, bureaucracies, or - in Althusser´s words - the ideological aparatus. Rather, it consists of the micro-politics of localized struggles and specific power-relations, at a level where subjects are themselves the meeting point of numerous competing discourses, and where resistance may on occasion come about not through the effort of enlightened  intellectuals to explain what is wrong with the system, but simply through the various conflicts engendered by the plural, decentered, non-self-identical character of the subject-positions (or discursive strategies) available at any given time.”5

The purpose of the symposium “Fairy-Tales” is to investigate the role of this particular of narrative in relation to the major social, political and ideological changes that have occurred since World War II. As Jack Zipes asks: “Is there anything of substance in the Fairy-Tales experimentation that sets a foundation for essential cultural transformation?”6

In our experimentation, we intend to investigate non-conventional forms of narrative, not only creating non-linear and decentralized structures, but juxtaposing the collective myths of media-culture with the individual tale, connecting the real and the wondrous. Michael Butor states that the images conveyed by the ideal and serious fairy tale are “A world inverted, an exemplary world, fairyland is a criticism of ossified reality. It does not remain side by side with the latter; it reacts upon it: it suggests that we transform it, that we reinstate is out of place.7

Perhaps the larger quest lies on posing more freeing questions, rather than arriving at the customary ready-made answers. I will end this initial commentary with an invitation to all of you to join our forum and contribute to the dialogue. 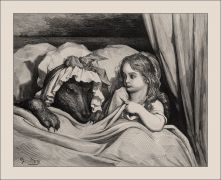 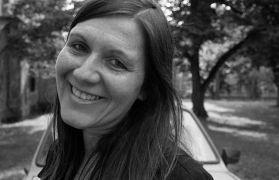