Melissa Laing: From there I glanced back…

From there I glanced back…
I a man urban dweller working with narrative structure set within an urban environment. Creating an artwork that will travel outside of the urban environment is like stepping away from the city. You highlight the urban by its absence from the surrounding environment. Commuting to a city is a task that, here in Plasy, involves travelling on an old train with green & brown cracked vinyl seats and slide down windows. This train for me is a connection to the urban environment of the 40´s that Raymond Chandler´s novels build themselves in and on. Working with dated technology – pressing me own singles and wrapping lamp frames in plastic raffia seems to make sense in this environment. It is a resistance against the fast-moving trend of technological updating. The truth though is that here in the Czech Republic they seem to be discarding old technology at a faster rate than at home. A fact brought home to me by the scarcity of record players in both Plasy and the closest city I can commute to by train. „There was nothing lonely about the trip. There never is on that road. Fast boys in stripped down Fords shot in and out of the traffic streams missing fenders by sixteenth of an inch, but somehow always missing them. Tired men in dusty coupes and sedans winced and tightened their grip on the wheel. I drove on past the gaudy neon and the false fronts behind them, the sleazy hamburger joints that look like palaces under the colors, the circular drive-ins with the chipper hard-eyed hop boys…1 With my low light and cheap restaurant shades, I gesture towards the nighttime activities and hotel bar settings that often appear within Chandler’s novels. The descriptions of places on my record are strangely mirrored by the dusty run-down setting of the granary. “The man wore trunks and the woman what looked like a very daring sharkskin bathing suit. She was a slim blonde, young and shapely and smiling. The man was a hefty dark handsome lad with fine shoulders and legs, sleek dark hair and white teeth. Six feet of a standard type of home wrecker.”2 The relationship between my form of narrative investigation and the symposium topic, “Fairy-Tales,” is based on the role of cultural interpretation and comment on morals and actions that the traditional fairy tale used to occupy. Within a detective novel the detective is the sole navigator, narrator and arbitrator of urban sites and their inhabitants. The detective is a character who undertakes obscure crusades and operate outside of the law, but always within a code of morals and ethics. Detective are presented as anti-heroes, working to regulate societies excesses, in a dominant narrative force of our culture. “Shall we get down to business? You don’t look like the type that goes to see private detectives…”3

Filtered moonlight through north window showed a bedroom with twin beds, made up and empty. I seemed to need a new place. Not necessarily an interesting place. Just a strange place. Without associations. A place where I Would be very much alone. Like a hotel. The hotel was a brown building on a corner across from the new dance hall. The dining-drinking parlor that adjoined the lobby was full the overflowing with males in leisure jackets and liquor breaths and female in high-pitched laughs, oxblood fingernails and dirty knuckles. The manager of the joint, a low budget tough guy in shirt sleeves and a mangled cigar was prowling the room with watchful eyes. Once, long ago: it must have had a certain elegance. But no more. The memories of old ages clung to its lobby like the dirty gilt on its ceiling and the sagging springs of its leather lounging chairs. The marble of the desk had turned a yellowish brown with age. But the floor carpet was new and had a hard look, like the room clerk.

The girl behind the counter was a straw blonde with a long neck and tired eyes. She wore a street dress of pale green wool and a small cockeyed hat that hung on her ear like a butterfly. Her eyes were wide set a there was thinking room between them. Their color was lapis lazuli blue and the color of her hair was dusky red, like a fire under control but still dangerous. She was too tall to be cute. She wore plenty of make-up in the right places and the cigarette she was poking at me had a built-on mouth piece about three inches long. She didn´t look hard, but she looked as if she had heard all the answers and remembered the ones, she thought she might be able to use some time. She was lying down on the pulled-out twin bed. She was wearing a pair of tan stockings and nothing else. Her hair was tumbled. There were dark bruises on her throat. Her mouth was open and a swollen tongue filled it to overflowing. Her eyes bulged and the whites of her eyes were not white. Across her naked belly four angry stretched leered crimson red against the whiteness of flesh. Deep angry scratches, gouged out by four bitter finger nails.
On the davenport there were tumbled clothes, mostly hers. The Bryson Tower was a white stucco palace with fretted lanterns in the forecourt and tall date palms. The entrance was in a L. up marble steps, through a Moorish archway, and over a lobby that was too big and a carpet that was too blue. There was a desk and a night clerk, with one of those moustaches that get stuck under your fingernails. Room 322 was at the back of the building near the door to the fire escape. The corridor which led to it had a smell of old carpet and furniture oil and the drab of thousands shabby lives. I get a very vague idea of Mrs. Kingsley – That she is young, pretty, reckless, and wild. That she drinks and does dangerous things when she drinks. That she is a sucker for the men and might take up with a stranger who turn out to be a crook. He was handing me a large and very clear snapshot on glazed paper which showed a man and a woman sitting on the sand under a beach umbrella. The man wore trunks and the woman what looked like a very daring sharkskin bathing suit. She was a slim blonde, young and shapely and smiling. The man was a hefty dark handsome lad with fine shoulders and legs, sleek dark hair and white teeth. Six feet of standard type of home wrecker. Staying away from home in a lot of crummy hotels doesn´t make sense. You´ve lived your own life for years as I understand it. Her hair was fluffed out carelessly and she hadn´t bothered with makeup. She wore a hostess gown and very little else. Her legs ended in little green and silver slippers, her eyes were empty, her lips contemptuous. But she was the same girl all right, dark glasses on or off. Her face was white and tired. Her hair looked darker than dark brown. She looked away and spoke to the window. “Give me the money please.”

The text which I spoke for the records from Raymond Chandler’s novels The Little Sister, Pearls are a Nuisance, Trouble is my Business, The Lady in the Lake. The versions, that I took them from, were published by Penguin Books, London, between 1950-1955.
Melissa Laing, 1999

Melissa Laing is an artist, theorist and curator based in West Auckland, New Zealand. As an artist she works across the media of film, conceptual writing, print and sculpture. She has exhibited widely overseas including at Performance Space in Sydney, Mercer Union in Toronto, Canada, Kulturzentrum Schlachthof in Bremen, Germany, the Museu de Arte Contemporãnea do Ceará in Fortaleza Ceará, Brazil. In New Zealand she has created projects for the Auckland Fringe Festival, Blue Oyster in Dunedin, Enjoy Public Art Gallery in Wellington, The Physics Room in Christchurch, as well as Rm and Te Tuhi in Auckland. Melissa is the lead researcher for the Performance Ethics Working Group, an initiative of the University Without Conditions. She also works as the Whau Community Arts Broker, an initiative of the Whau Local Board to support temporary arts activations across a local area. She has a PhD from the University of Sydney and her writing has been published in magazines, academic journals, and exhibition and artist catalogues.
melissa@melissalaing.com 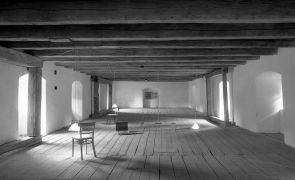 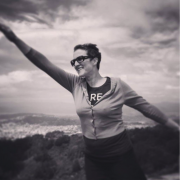