Lee Patterson (b.1971) is a British musician, sound artist and maker of experimental musical instruments. He lives and works in Prestwich, Manchester. He creates the amplified devices and processes with which he performs through the use of sound recording as a form of ear training.

Whether working live with amplification or recording within an environment, Patterson has pioneered a range of methods to produce or uncover complex sounds in unexpected places. Using elements as diverse as chalk, springs, burning nuts, aquatic plants and insects, he eavesdrops upon these objects and situations otherwise considered mute, playing them as if they were musical instruments.

Patterson’a self-directed research using contact microphones and hydrophones has revealed how many things in the world around us act as sites for energy transferal and as such can be considered as musical instruments in-situ. From singing bridges and sonorous railings to synthesising chalk and the chirping, whistling chorus of ponds, he proposes a new, weird music, albeit one hidden within the fabric of our everyday existence. 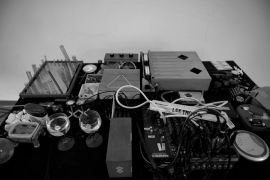 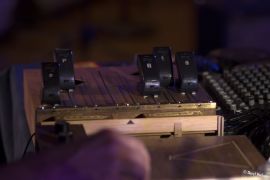 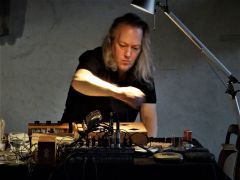