With the end of the Sonic Circuits series of performances and concerts approaching, we invite the public to a new program by Ondřej Smeykal. Smeykal is a musician and audiovisual artist who graduated from the Academy of Fine Arts in Prague. Aside from creating and designing sound installations, he also plays the didgeridoo, exploring its sonic possibilities. Recently, to the elements of air and wood, he has added the sounds of metal from orphic instruments and gongs.

The evening will also feature the presentation of the newly-released audio cassette Flies and Birds Above,  produced and released by the Agosto Foundation and consisting of a selection of archival recordings from the Chapel of St. Benedict of the monastery at Plasy. The cassette includes the work of musicians Michael Delia, Jaroslav Kořán, Martin Alačam, Tomáš Ondrůšek, Vojta Havel and Tereza Roglová.

From the notes: “The space is not perfectly isolated from the outside, and sometimes the loud sounds of passing trucks, motorcycles and helicopters can be heard. During the summer and autumn, the Chapter Hall becomes home to thousands of house flies (Musca domestica). As soon as the sunlight warms up the cylinder of air directly below the lantern, the flies become joyful and devote themselves to a monotonous fly liturgy and, during the warmer nights, also to vigils. With the coming autumn chill, the flies, just like every year, slow down their humming, wither and die. Their little bodies rain down from the heavenly ceiling and soundlessly fall upon the wooden pews and stone floor. It has been like that for the last 300 years.”

Flies and Birds Above: A Convergence in Benedikt
Sonic Circuits: Accompanying program to the exhibition Sounds / Codes / Images: Audio Experimentation in Visual Arts 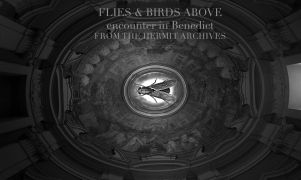 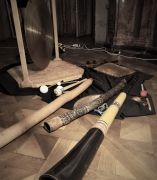 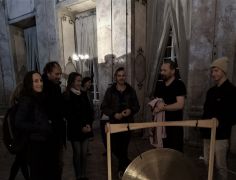 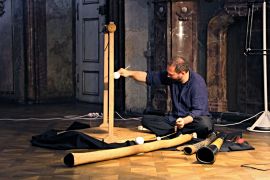 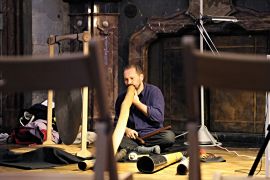