One of the spin off project of Pantograph was the EuroVision2000 produced by Labork3000 (Marion von Osten and Peter Spillman) and Soros Center for Contemporary Art in Prague. EuroVision2000 session in Prague took place from september 7. to 14. 2000 in the recently opened venue Café9 in Roxy. The first part of the program focused on three topics around the changes since 1989, such as:
Urban transformations and cultural transitions, adaptation of EU standards and the invention of a new European identity by constructing new borders and exclusions, the actual representation of social and political realities in media.

The second part of the program focused on The International World Fund summit in Prague, and globalisation, and provided an open platform for critical discussions, presentations and videos around anti-globalization activism and the events on September 26th, 2000.

With the end of the 90's and ten years after the turnover in Central and Eastern Europe, New Europe is not a concept but a political, social, and cultural reality with seemingly contradictory outcomes. The transformation of Europe since 1989 has been economically motivated, under the context of a neoliberalistic approach to globalization. European or national identities were historically formed by claiming cultural differences. The current reconfiguration of the European Union, the extension of EU towards East and Southeast causes new borders, new exclusions of people and territories. While the joining nations try to protect or increase there benefit, the countries around Europe, the East and South experience heavy consequences for economic and personal lives. What does not comply with the idea of an economically innovative, flexible and efficent Europe is increasingly being devalued and excluded. Inside fortress Europe the exclusive status creates "Migration problems" as well as racism. Is the EU normalization model really the end of other visions of a trans-national, cultural or social concept of Europe?

18-19.30: Video presentations: New Borders (Jenny Perlin), Bohemia Docta (presentation by Karel Vachek), Beyond the Fencing (Susanna Perin), Seal me with your eyes (Presentation by Abdelali Dahrouch), The Dark Side of the World Petra (Presentation by Procházková, Jaromír Štětina, Pavel Hanuš and others), Migrasophia (Zeigam Azizov / Yisia)

20-22: Video presentation: Beauty and the East (Presentation by Jayce Salloum)

Urban transformations and cultural transitions
8.9.
The changes since 1989 are characterized by deregulation of economic structures, privatization of public spaces and the introduction of the principles of free market into social and cultural fields. This process is most evident in countries which are in the position to enter EU soon, impacting on the urban and natural environment and on social conditions. On a more personal level the need to assimilate specific behaviours and lifestyle introduce new dimensions of competition into social relations. Reports from different cities, about past or ongoing actions, personal experiences and observations will reflect the various ongoing, social and economic transformations and frame there real and symbolical effects.
14-17
Informal meeting, project and video presentations:
Urban Visuality after socialism (Vesselina Penevska, Sofia), Micro dynamics of transition (Doina Petrescu, Paris), Presentation Innenstadtaktionen (Berlin), Broumov Region Website (Jakub Deml, Irena Seznísková), Houba (presented by Vit Janecek), Ecohistory (presented by Tomas Skrdlant), Hotel svět / 4 okamžiky ticha - 4 moments of silence (presented by Tomáš Císařovský)

Media Effects
9.9.
The power over bandwidth and viewer numbers often substitute traditional political discussions and processes. The privatization of mass media and the growing influence of Business over the Internet has a substantial impact on the representation or non-representation of certain social and political realities. Critical or so called "non attractive" content can hardly be sold and therefor disappear from public consciousness. New independent media strategies have to be developed to give voice to under-represented ideas and to create new approaches to public.

Globalization Public Forum
11.9.
On September 26 the IMF meeting in Prague will take place. Resistance against global rules like WTO, IMF and Worldbank is constantly growing, because of the successful actions of a global network of political, ecological and socially engaged NGO’s, grass roots organizations and individual activists. The growing lack of traditional public forms of responsability and solidarity forces new forms of political activism and social and ecological engagement. EuroVision2000 gives space to various critical cultural projects and activists who are concerned about the increasing ideological structures of the „old" and „new" economy and the totalitarian role which the representative institutions play in the globalization process. 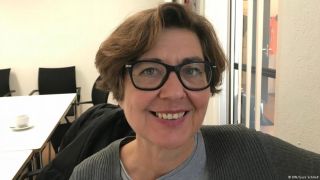 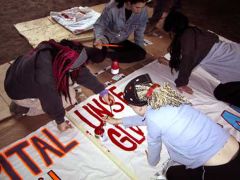 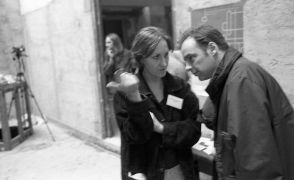 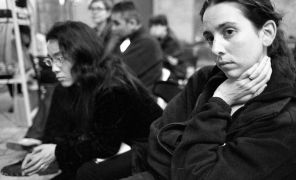 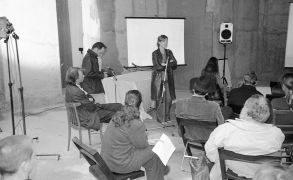 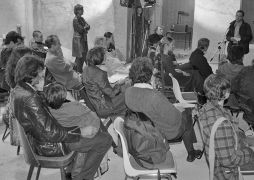 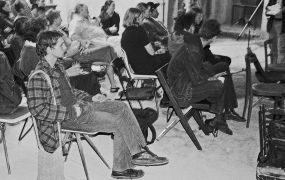 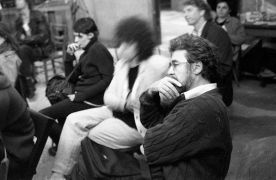