The period when I was thinking about this project coincided with NATO bombing in Kosovo. This situation reminded me of my early childhood in occupied Paris before liberation. At that war time, sounds of sirens forced my parents and our neighbours to hide in the cellar of our building. Trying to help me to sleep in this shelter, my father used to tell me fairy tales that always had a happy ending. The title of this multimedia installation came from that memory. Inside the dark monastery cell, a bedroom consisted of a single bed, a chair, and an old wash-stand was hung from the vaulted ceiling giving an impression of a room falling in space. The room with its suspended furniture served as a background projecting fragments from a WW2 documentary film. Sequence of black-and-white images in a loop presented a military plane bombing and a collapse of a building hit by a bomb. Next to the room with the WW2 documentary, there was a video monitoring presenting a short loop of the coloured cartoon by Paul Grimault. My mother worked as an artist for Grimault company before the war, and these images were a part of my childhood. This video begins with illumination of theatre stage with the music instruments on it. The animated instruments play a sort of a triumphal march that grotesquely turns into confused sound, as in a circus.

Michel Gerard, one of the leading French artists, was born in Paris in 1938. He studied in Ecole Nationale des Arts Appliques and Ecole Superieure des Beaux-Arts in Paris. He began exhibiting his sculpture and drawings in the early 1970s and then his work started to enter private and public collections. He experimented with the meaning of public art and the "status of statue" and later, in the 1980s, he created several large-scale public art projects in forged steel on the decline of industrial era. He moved to New York in 1989, and the city provided new resources and materials for his work. In the last ten years he worked with memories of his childhood in occupied Paris during the Second World War making multi-media installations. He had more than fifty solo exhibitions in the galleries and museums in Europe, the United States, Japan, Korea, and Israel. 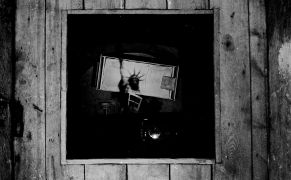 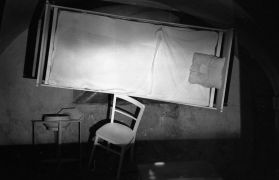 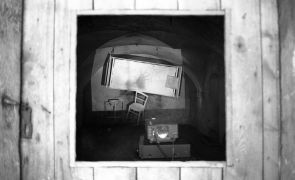