Simultaneously with the catalogue of European names, there is an extensive catalogue of body deformation in „The Iliad “. There is a variety of chopped off limbs; there are spears getting into the groin, breaking shoulder blades, dislodging teeth, passing through end-to-end; there are necks and heads United with the bodies only by a ring of skin, weakly falling away. Most Trojans play just a „cannon fodder“ role – they appear in the narrative only to be murdered by Achilles, Odysseus, and Ajax. Their origin is isomorphic to their disappearance. Their names besides the manner of their death are the only report of their existence.
These documentations seem to have been invented quickly, arbitrarily, only according to requirements of poetic rhythm. But from that point of view, these catalogues of murdered Trojan can be seen as the most „poetic“ aspect of „The Iliad “. In the process of investigating names from Achaean leaders such as Odysseus, Menelaus, Achilles, etc., I realized how much we are able to obtain today with the help of electronics. Through European electronic resources, it is possible to find out not only names of Greek heroes, but also to reformulate through narrative how they died.

Yuri Leiderman (born in 1963, Odessa, Ukraine) is an artist and writer, one of the Moscow Conceptualists. He participated in apartment exhibitions in Moscow and Odessa since 1982. He graduated from the Moscow Institute of Chemical Technology named after D. Mendeleyev in 1987. He was one of the founding members of the "Medical Hermeneutics" group in 1987, leaving the group in 1990. He was awarded the Andrei Belyi literature prize in 2005. Between 2008-2010 he was a member of the groups "Kapiton" and "Corbusier". His film was screened in the 68th Venice International Film Festival. He resides and works in Berlin. 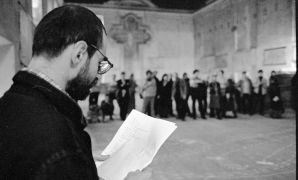 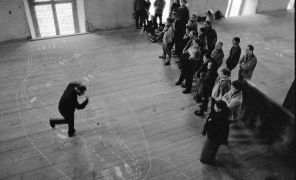 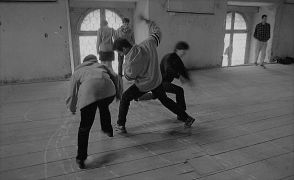 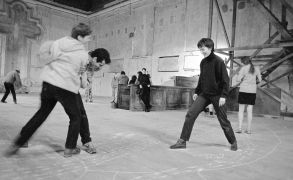 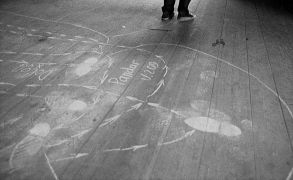