mixed media, car engine cat in plaster, glass panes with a small picture of a saint on each
prelature
Fairy-Tales, 1999

The saints are timeless, moral celebrities. Each saint has a story, which could be compressed (by non-linear dramaturgy) into a single image. The motor, the saints, the card house made out out of glass panes perform the story of the cooperation of the Heavy Engie and the Fragile Compas.

„We can easily forget data and facts, but not stories. The story is the memo-technological packaging which keeps a message fresh and unforgettable. The story is a vehicle, which safely transports messages through the ocean of forgettable contexts.“

János Sugár (1958, Budapest) is a Hungarian artist, filmmaker, and a founding member of the Media Research Foundation that organized the MetaForum conference series in Budapest.

Studied in the Department of Sculpture at the Hungarian Academy of Fine Arts in Budapest (1979-84). He worked with Indigo, an interdisciplinary art group led by Miklós Erdély from 1980-86. With Erdély he also organized the discussion series Gyorskultúra [Fast Culture] between 1984-1988.

Since 1990, he has been teaching in the Intermedia MKE Budapest. His most widely known video, the Typewriter of the Illiterate, consists of images cut from newspapers and magazines, with a Kalashnikov submachine-gun on each of them. The images are morphed into one another around the submachine-gun. The images add up to media analysis with a direct emotional effect. His work includes installations, performances and film/video.

He has exhibited widely throughout Europe including Documenta IX, Kassel (1992), Manifesta I, Rotterdam (1996). He completed an Artslink residency at the Cleveland Institute of Art in 1994, fellowships at Experimental Intermedia, New York (1988 and 1999), and in 2001 a fellowship by the invitation of Civitella Ranieri Foundation, New York in Italy. His films were screened at the Anthology Film Archives in New York in 1998. He lives in Budapest 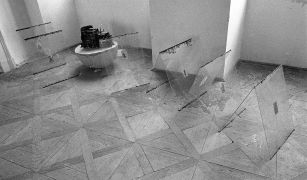 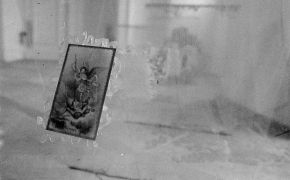