In the isolation of the Centre for Metamedia in Plasy, the community of artists relied upon technological agents to connect and communicate with their outside lives and some displayed a further reliance in their work on a variety of modern technology (powerbooks, video projectors and so forth). In contrast to this, the CMM itself was littered with out-moded technologies of communication. "I Love Technology and Technology Loves Me," a collaborative installation/performance by Gail Pickering and Stephanie Syjuco and borne directly out of the environment of the CMM, seeks to explore this modern (co-)dependency between humans and technology--for communication and social status, the post-functionality of redundant technologies, and the new language structures emerging from the communication processes.
Technology and machines mold human bodies and our movements as much as we have a hand in molding them. From craning your wrists to tap onto keyboards, to inserting your body into a carseat, bodies become as much conjoined and synthesized with machines as they utilise them. Human voices become processed as they speed through telephone wires and digital computer fonts become our means of standard communication.
In attempting to communicate with other humans via telephones, sending email and faxes, live web links, radio transmissions and playback of recorded sound, we learn to read our machines' bleeps and flickers of light as communication signals as well, as they tell us of low battery power, errors in their systems, and their general state of well-being. This form of communication commands us to learn their language and patterns as much as we have created theirs.
A small compact room within the monastery was fitted with a green carpet hedged by a painted white perimeter line, and a chaotic scattering of machinery and technology littered the floor. The installation reclaimed and recycled pieces of outmoded machinery--finding a new functionality, they were transformed with a new visual and audible aesthetic--a Macintosh II finds itself masquerading as an iMac--perhaps a new object of desire; a malfunctioning reel-to-reel tape player is switched on purely for the purring sound of its semi-working mechanism. These were combined with high-end contemporary gadgets: talking powerbooks, beeping pagers and cushioned CD players. "Hand-made" and non-functional machine components (e.g. placebo mobile phones made of foam) immitated and integrated themselves with the "real" machines.
The superiority of the eye in contemporary culture bypasses a consideration for the sounds of our daily lives, with universal languages taken for granted. Passing through cables and across airwaves, the sounds of connection and contact are generally isolated to the lone user. "I Love Technology..." harnessed these sounds, made them multiples and musical scores: pre-recordings, live recording and playback, re-recording, live microphone pickup-all were amplified and orchestrated into tidal waves of the chaotic noise of a communicating world, a cacophonic symphony of machine-voices seeking their listeners.
The performance was transmitted live on air-band to the immediate outside vicinity of the monastery--a police car stopped and stayed awhile, perhaps confused at what its radio tuner was receiving and then drove on.
Mixed media includes:

Gail Pickering is British visual artist, living and working in London. Her work is primarily time-based, including moving image, performance and text. A key element of the work is the use of historical material, not just in its literal appropriation but in its appearance as staged through voice, mimicry, interruption and through the various accomplices and protagonists with whom she has worked in her videos and performances. The tension between the moving image and live presence offers an instability that recurs throughout her work in a desire to position it and us within a temporal and spatial present.

Teaching: Gail speaks regularly on her practice in 2013 at Slade School of Art, the Royal Academy Schools, Edinburgh College of Art and the Ruskin School of Art, Oxford. She is currently an external examiner on the MFA programme at Glasgow School of Art.

Professional projects: Gail's work has been exhibited widely, most recently in the British Art Show 7, Hayward Gallery and touring in 2011 and performances at the ICA, London and Arnolfini, Bristol in 2012. Since 2008 her work has been shown in public galleries and museums including: Tate Modern; South London Gallery; Centre of Contemporary Art, Vilnius, Lithuania; Magasin Centre for Contemporary Art, Grenoble, France; Kunstverien Stuttgart, Germany; Gasworks and the Royal Academy of Arts, London. In 2009 she received a Scottish Arts Council Fellowship as artist-in-residence at Cove Park, Scotland and in 2007 an Arts Council of England International Fellowship to Beijing, China. She was awarded a Film London FLAMIN production award in 2013 for a new long-form film and commissioned by the ICA and Channel Four to make a short film for the 'Random Acts' series. Pickering has recently had two major solo exhibitions at La Ferme Du Buission, Paris, 2014 and the BALTIC Centre for Contemporary Art, Gateshead, 2014-15. 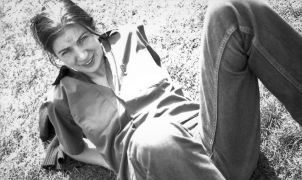 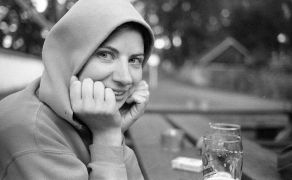