The installation addresses the captivation of our gaze within media-saturated. It is sited within a small apse-like space located directly above the oldest chapel in the monastic complex. Through an arched entry door, the viewer encounters a single television monitor displaying a screen of static within an arched window opening. A cacophony of sound reverberates within the space of the chamber beyond. Upon entering, one is confronted by two additional monitors placed within the remaining arched window openings. These monitors each display prime-time television news from the three major Czech broadcast networks, superimposed upon each other digitally. Within the space of the room, one is immersed in an ocean of mediated time where a multiple of voices, images of world leaders, and glimpses of foreign lands converge into a swirling mass of profanity within the once sacred space of the monastic retreat.

Mark Shepard is an artist, architect and researcher whose work investigates the entanglements of contemporary technologies and urban life. Mark received an MS in Advanced Architectural Design from Columbia University; an MFA in Combined Media from Hunter College, City University of New York; and a BArch from Cornell University. He is an Associate Professor at the University at Buffalo, State University of New York, where he holds a joint appointment in the departments of Architecture and Media Study and directs the Media Arts and Architecture Program (MAAP). He has been a visiting researcher with the Network Architecture Lab at Studio-X, Graduate School of Architecture, Planning and Preservation of Columbia University, and a fellow at Eyebeam Art + Technology Center in New York

Recent work includes False Positive, a mobile performance and workshop that deploys text messaging, stealth infrastructure, street intervention, and data visualization to enact a surveillance conspiracy engaging the public in an intimate, techno-political conversation with the mobile technologies on which they depend. False Positive was commissioned by iMAL, Brussels, in collaboration with Ars Electronica, FACT Liverpool, and Medialab Prado within the framework of Connecting Cities, with the support of the Culture Programme 2007-2013 of the European Union and the Technē Institute for the Arts and Emerging Technologies at the University at Buffalo, The State University of New York.

In 2006 he organized Architecture and Situated Technologies (with Omar Khan and Trebor Scholz), a 3-day symposium bringing together researchers and practitioners from art, architecture, technology and sociology to explore the emerging role of “situated” technologies in the design and inhabitation of the contemporary city. In the fall of 2009, he curated Toward the Sentient City, an exhibition that critically explored the evolving relationship between ubiquitous computing, architecture and urban space. Organized by the Architectural League of New York, this exhibition consisted of five newly commissioned projects by interdisciplinary teams distributed throughout New York City.

His edited book based on the exhibition titled Sentient City: ubiquitous computing, architecture and the future of urban space was published by MIT Press and the Architectural League of New York. He is an editor of the Situated Technologies Pamphlet Series, published by the Architectural League of New York and co-author with Adam Greenfield of the first pamphlet in the series, “Urban Computing and its Discontents.” Other publications include “Structures of Discord (After Balanchine’s Agon)” in Pro+agonist: The Art of Opposition, published by the Walker Art Center; “Surviving the Sentient City” in Inscribing a Square: Urban Data as Public Space; “Tactical Sound Garden [TSG] Toolkit”, in 306090 v.9 – Regarding Public Space, published by Princeton Architectural Press; “Situating the Device” and “working title: Industrian Pilz”, in Shark, a Journal of Poetics and Art Criticism, v.1 & 2. 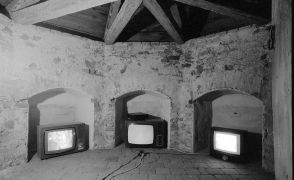 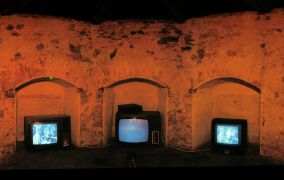 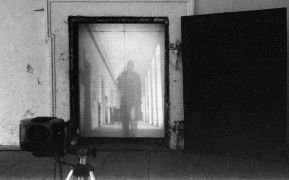 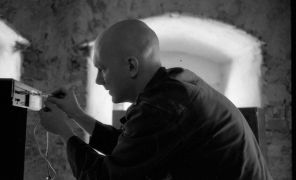