Monika Brandmeier: 1. No, It’s About Something Else 2. Untitled

140 chairs set up in rows for audience in the concert room of the monastery, 120 chairs covered with green fabric, and 16 covered with red. The green chairs upside down atop one another, complement each other are pushed together forming an L shaped block starting from the wall, leaving an open space in front of the window. The red chairs are put together to form a smaller rectangular block. The distance between the green and the red chairs is covered with white plates.
Seven styrofoam plates, each 100 cm long, 50 cm wide and 2 cm thick, lay on the floor or lean on the legs of the chairs which stand upside down, forming a space which opens above. As the block of green chairs is opened up, keeping the way to the window clear, the Styrofoam space opens where one plates seems to be missing. In one of the plates on the floor stands a glass upside down. Its sharpened rim cuts into the Styrofoam. The glass is filled up to about 5 cm height with water, on which surface a thin green plastic ring is floating.
The three styrofoam plates on the floor form two empty structures. In one of them, a sheet of paper sticks out turning like the page of a book. On the sheet of paper (21 x 29,7) in black letters the words „no, it´s about something else“ is printed. On the edge of the block of green chairs closer to the window is a flat box of acrylic glass, horizontally pressed between the four legs of two chairs. In this box lies a color photograph, showing two glass cylinders standing on a cardboard box, not touching each other, but each of them touching one edge of the photo.
Away from all of this, on the other side of the large room, a short video shows a light pink ring of artificial felt, falling into a drinking glass filled with water. Twice the ring falls into the water. First it sinks down to the bottom, comes up again and ends up staying just below surface level. The second time, the ring sinks into the water, remaining on the bottom of the glass. A sentence appears saying, „No, it´s about something else.“
Monika Brandmeier, 1999

Monika Brandmeier, born 1959 in Kamen, North-Rhine-Westphalia is visual artist and educator. Between 1977-82 she studied graphic design at the University of Applied Sciences in Dortmund and 1986-91, studied at the School of Visual Arts, Brunswick and the Academy of Art, Dusseldorf, (master student  of Erich Reusch), in 1995, Professor for Three-dimensional Work at the University of Applied Sciences, Lower-Rhine, Krefeld, 2001 Professor for Sculpture at the Hochschule für Bildende Künste/ Art Academy, Dresden, 1983, Scholarship of the German-French Youth Foundation to live and work in Paris 1985, Wilhelm Fabry Prize, Hilden, 1989, Guest of the artist-in-residence program of Djerassi Foundation, Woodside, California Scholarship of the Pollock-Krasner Foundation, New York, 1990, Scholarship of the Kunstfonds e. V. Bonn/Germany Philip Morris Artist Fellowship to live and work in Berlin, 1991, Sculpture award of Westfälischer Kunstverein, Münster 1992 Art Prize awarded by the city of Nordhorn 1992 Grant from the state of North-Rhine-Westphalia, Art Residency Schöppingen 1998, Artist in Residence, Art Omi Foundation, Ghent, New York 2012 1st prize, art and architecture, school of intelligence service, Berlin. 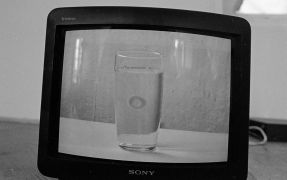 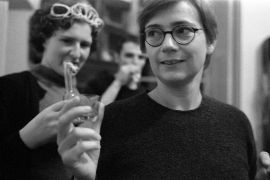 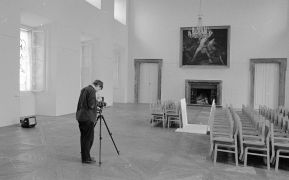 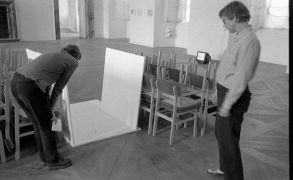 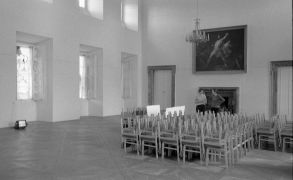