Drawing from interdisciplinary theoretical sources and employing video-based, performative actions, installation and photography, I have developed a practice that focuses on the intersection of processes of subjectification and the actual spaces of everyday life. My interventions are done primarily in public spaces. They consist in engaging situations where the codes that regulate the daily usage of the public spaces of the city can be made explicit. The body is often made to conform to the limitations of claustrophobic spaces, therefore accentuating arbitrary boundaries and possibly subverting them. A sense of absurdity permeates the work, counterpoising irrational behavior to the instrumental logic of the city’s design.

Theoretical ideas informing my work include a number of texts on the problematic of space. Particularly relevant is the work of Michel Foucault on panopticism and heterotopic space, but also Michel de Certau's work on the rewriting of the spatial text through common usage. Aesthetic traditions foregrounding my work range from the sixties and seventies performative-based sculpture and installations by Helio Oiticica, Ligia Clark and Cildo Meirelles to the urban strategies of the Situationists and the anarchitecture of Gordon Matta-Clark. Like the in-between activities it seeks to investigate, my work lives between various fields: part nomadic architecture, part intangible sculpture and part performance without spectacle. 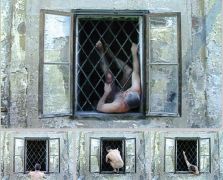 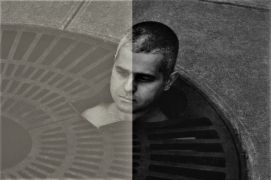