Gulko/Andrea came to CMM via mamapa to work on their new clown performance project. They set up their improvized stage at the half restored garden house and presented it during the Limbo festival. Linet at the trapeze and Gulko as ropewalker.

Daniel Gulko is a theater director, clown and performer. He was born in the United States, grew up in Canada, spent thirty years of his career working in different countries. He defines his group Cahin-Caha, founded in 1998, as a “bastard circus.” This is partly due to its’ members varied backgrounds and partly for the group’s goal of creating relationships between cultures and different forms of artistic expression - whether it be through the circus, visual arts, theatre, video art or literature. He has collaborated with: Mimes Omnibus, Cirque du Soleil (Montréal); Ctibor Turba (Prague); Keith Hennessy (San Francisco) and Jiyu Geki Jyo (Tokyo). Based in France since 1993, as a founding member and stage director of the circus collective « Pocheros ». Associated artist at the “Centre National des Arts du Cirque” (2004-2005 and 2007-2008) where he founded the Nomadic Creation Lab project for international research in circus. Secretary on the board of trustees for “Jeunes Talents Cirque Europe”. He  worked with Pavel Fajt who he met in Plasy on the performance produced at Brno JAMU "CHAOS OF THE HEART".

Linet Andrea is a British visual artist and performer. After graduating in 1992 at the Chelsea School of Art in London, she embarked on a developmental journey training and performing trapeze in a variety of circus companies, delivering shows to audiences around the world. During this period examples of her drawings and painting were exhibited at the Yerba Buena Centre for the Arts, San Francisco, the Bibliothèque Nationale, France and the Sapporo Art Park, Japan. Settling in France in 2000, she has established a reputation as successful visual artist for a wide variety of regional and national promotional campaigns, most recently for a Chablis wine lable. Her studio and exhibition space is currently based in Burgundy where she lives with her partner and two children. 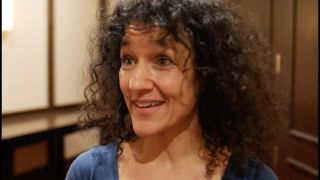 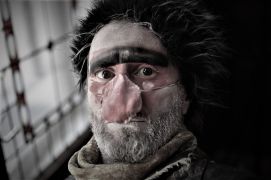