Dan Senn is an intermedia artist working in music composition and production, kinetic sound sculpture, experimental and documentary film. He has been a professor of music and art in the United States and Australia and travels internationally as a lecturer, performer and installation artist. He lives in Prague where he directs the Echofluxx festivals, and Watertown, Wisconsin, the USA, with his partner-collaborator, Caroline Senn. Dan's work moves freely between expressive extremes and languages depending upon the aesthetic joust at hand. He studied music (composition, French Horn, conducting) and art (ceramics) at the University of Wisconsin at La Crosse with Truman Daniel Hayes, Leonard Stach and William Estes, and at the University of Illinois, Urbana (composition), with Salvatore Martirano, Ben Johnston, Herbert Brün and Otto Laske. His music is published by Smith Publications of Baltimore. His work for "Any Three Treble Instruments In the Same Key," called "Rivus," was released in 2015 by Ravello Records, along with works by Scotto and Cage as performed by the McCormick Percussion Group. In 2017 his work "Four Psams Modal" was premiered by the Kuhn Choir of Prague, again in 2019 by the 52 member University of Texas Choir in San Marcos. His "Seven for Piano" was premiered in February 2017 by Caroline Senn in Wisconsin and a new film, "Voices of Theresa" was shown at the Indie Wisconsin Film Festival in 2019. Dan founded Newsense-Intermedium of Tacoma, Washington, cofounded Roulette Intermedium of New York City and Cascadia Composers of Portland, Oregon. He is currently the artistic director of Echofluxx which he cofounded with Anja Kaufmann in 2011. 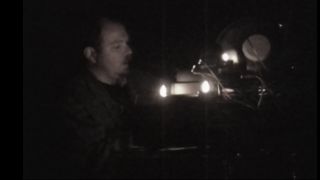