Fine Art Academy Workshops ­
April-October
A series of working "retreats" for art students were held at the CMM upon the initiative of professors from several Czech art schools. Additionally, the CMM organized an International Art Academies Workshop in April. The meeting of art academy students and instructors provided opportunities for informal exchange, presentation of work, visits to Czech art academies. Participating academies hailed from Denmark, France, Germany, Slovakia, and the Czech Republic

Curated by Matouš Mědílek and dedicated to Mauritius Vogt (1669-1730), the musician, composer, and polymath who lived and worked as a member of the Cistercian Order in the Plasy Monastery. Performances were held monthly on Saturdays, Realized in collaboration with the Historical Monument Institute in Plzen.

LIMBO I.
Festival of Unconventional Art
20-22 June
Limbo was organized by the Center for Metamedia in collaboration with mamapapa, Terminal Bar, Skleněná louka and under the patronage of the town of Plasy and in cooperation with the Historical Monument Institute of Plzen and the management of the Plasy Monastery. Funding for the event was provided by Pro Helvetia Ost-West, APEXchanges and the Austrian Cultural Institute. Helpful cooperation was provided by Dominik Centrum, Nadace film a sociologie, Společnost pro novou hudbou. Media partner: Český rozhlas Plzen 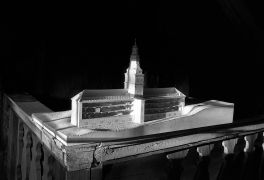