Since 1995, Jean Voguet has been the director of The Research Center for Heterotopia, Arts, Ethics of Art and Regeneration - CRANE lab in Millery, near Dijon, France.

Among the visitors from the CRANE lab were as well artists Annie Coridon (dance), Alice Damas and performance artist Hernani Cor.

Through cognitive practices using digital tools and regeneration, CRANE lab develops an artistic paradigm that seeks to impose new behaviors to contribute to the main issues of today's artistic creation: equitable universal education and the safeguarding of our planet. The expertise of CRANE lab generated by meetings, symposiums, exchanges and artistic events realized with its international partners and their respective institutions, makes it possible to evolve the work of the visionary artists by assisting them in the realization of innovative projects during their residence of writing or production. Open, stimulate, explore in the requirement and by exchanges of skills; to question, resist, propose and respond to the ethical challenge currently posed by our overconsumption society; these are the goals of CRANE lab.

Voguet is composer of acousmatic & electronic music and cultural organizer. He is focusing on how his works are presented in specific environmental context. The concept of Acousmatic Geophonies and Heterotopias comes from his research of "sound spaces of otherness", which means the virtual ecosystem in complex structures (the sound materials created by sound synthesis, not originating from organic sound). It is also characterised by grand and variable spectral frequencies, in initiatory musical wandering, outside of time and outside the border, within the unlimited and temporary dimension.

Many of his compositions such as L’Odyssée, Instants sonores, Jeux & Variations MiDi have been induced by his obsession with the great myths of humanity and poetic nature of human-beings. In addition to performing in various events of acousmatic music, he has been taken to perform in live electronic performances, concerts with aircrafts and tractors, multidisciplinary events and festivals internationally. Not only compositions, he has also extensively created site-specific works. 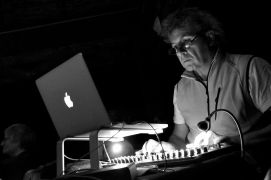 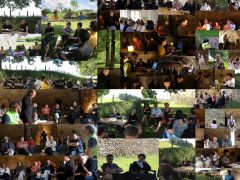 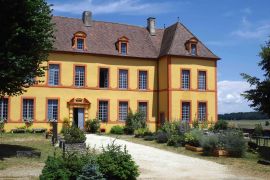