Disappearing, slipping away, forgetting. The presentation of one’s face, one’s own image, one’s own destiny as a goal, a final product, and so on, always seemed ridiculous to me, as incomprehensible as marble.

Up until now, I have lived an almost incomparably happy life, troubled only by financial problems and by my higher sensitivity to the absurdity of prevalent (global) problems and the non-absurdity of ecological problems. But I suffer, above all, from the feeling of a total lack of freedom. It seems to me that there might be a certain possibility: to liberate myself from my identity, my name. To annihilate my individuality through its multiplication, disintegration, pulverisation.

Disappearing. Slipping away, dissolving in media, space, society. Queuing for the ITIC card, which I had no right to have, I realised that without the support I get from my friends, I wouldn’t be capable of anything. Lost in the crowd. Demophobia?

The video 90 minutes is a recording of human cremation. Using gas it takes 90 minutes to cremate one human being.

Half of the sleep cycle. 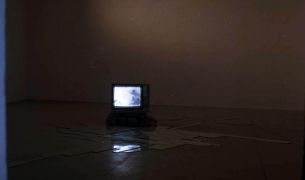 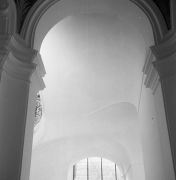