Swing
Performance for the Garden house

Stefan Bohnenberger created a performance in the garden house of the prelature: A girl in white clothing on a swing accompanied by reproduced music.

Stefan Bohnenberger (1959, Munich) is a German artist, performer and writer. Between 1980 and 1986 he studied Art and Film sciences at the Johann Wolfgang Goethe University in Frankfurt and Free University, Berlin. 1987-89: Studio in Sienna, 1989-92 at the Ultimate Academy in Cologne. In 1989–2003 he lived and worked in Cologne. Since 2003 he lives in Brussels.

Notes toward the Fungus Symposium in Plasy: Jiří Zemánek
Fungus: Inquiry of Place 1145–1995: Art Symposium and Exhibition about Ecology and Art 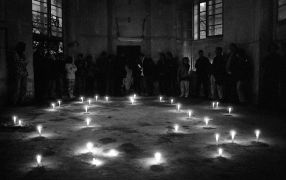 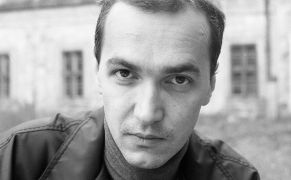