Borges once said that, standing at the feet of the pyramids, he took a handful of sand and let it run out of his hands somewhere else, and he had the laughable and real feeling of changing the Sahara.
The sand counting laboratory is a response to the overwhelming use of statistics in daily life. Bombarded with so much data, where massive numbers are removed from the individuals they represent, we ultimately find their scale incomprehensible and disregard their meaning. Or, we quote the numbers when they are to our, feign understanding and perpetuate their myth. That 100 centimeters make up 1 meter, 12 inches 1 foot, we can fathom. We can see it, can outstretch our fingers and arms to show someone else. When we begin to add 0´s to the numbers, our ability to comprehend what they mean begins to break down. One billion ((1,000, 000, 000). One trillion (1,000,000,000, 000). What do these additional zeroes mean? Or the first nine? Take seconds. One billion second sis approximately 11 days. One trillion second sis 32 years. But what would these numbers represent in space – as space? Take grains of sand: fine grains of Coney Islands New York sand. New York City, population 7,893,726, inhabits approximately 4 cubic inches. The over billion people in the world would be held in seven cubic feet – that is a box wide by 7 feet wide by 7 feet high.
When I began the sand counting project. I was transporting a bag of sand on the subway back from the beach wondering how many worlds it might contain. A more precise question at the time would have been how many New Yorks? In 250 B.C., the mathematician and engineer Archimedes calculated the number of grains of sand that would fill the heavens and the earth. He arrived at 1054:
1,000,000,000,000,000,000,000,000,000,000,000,000,000,000,000,000,000,000. He had no way to know how many people were living in his world at the time. We do. Roughly. Although it is always important to question those who do the counting. What do the numbers mean to them and why?
The sand counting project emerged while I was attending a conference about the American Criminal Justice System. Almost 2 million people are incarcerated in prison and jails today in the US (1,991,483 to be exact) and 3 people will be added by the time you finish reading this. 33 % are in for drug related offences, about 20 % are HIV+. I heard about these people. I could not see them. I didn´t know the population of the US, other countries, the world.
I began to put the numbers in boxes, an attempt to contain them. The absurdity of this desire is clear. I began to count. The numbers continue to grow daily, shift, change. I am choosing to pick moments in time and spatially represent them – bottles of sand people. My hope is that others will take part. Not only in counting sand, but in the awareness of the size of the numbers and who they represent (and who´s doing the counting).
In the Czech Republic the sand was very coarse – a different scale than Coney Island – almost rocky. The world in the Czech Republic would take up about 14 cubic feet. During the month, 7,354 grains of sand were counted, less than 1 cubic inch, the population of Walton, Kentucky; Castlegar, Canada; Atherton, CA; Narrabi, Australia; the tiny Pacific island country called Tuvalu, the people in prison in Oregon.
Alison Cornyn, 1999

Alison Cornyn is a Brooklyn-based interdisciplinary artist. She is a founding partner and the Creative Director of Picture Projects Inc. Cornyn is also the Creative Director of the Guantanamo Public Memory Project and States of Incarceration. In addition, Cornyn teaches at Parsons The New School's Humanities Action Lab and at SVA, in the Design for Social Innovation MA program. Her work revolves around combining traditional media and modern technology to foster dialogue concerning social justice issues, especially within the criminal justice system.

Over the course of her career, Cornyn has created many exhibitions, web platforms, and physical installations that focus on modern social justice issues. Cornyn has received multiple grants and awards for her work in social justice and media, including a Peabody Award.

Cornyn received her bachelor's in Fine Arts and Art History at Connecticut College. She also received a Master of Fine Arts degree at Hunter College as well as a Master of Professional Studies at NYU's Tisch School of the Arts in the Interactive Telecommunications Program (ITP). She then went on to complete the Whitney Museum's Independent Study Program (ISP) in New York City. 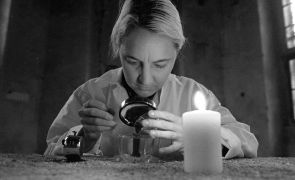