The sister-and-brother duo of Eva and Rupert van Heijningen were accompanied by Sarah Fraser on clavicemballo for their unique performance of a "Baroque" dance.

Eva van Heijningen (born 1958 in The Hague, Zuid-Holland, Netherlands) is an actress and filmaker,  working and living in Amsterdam. She attended the pedagogical academy in The Hague, the theater school Studio Herman Teirlinck in Antwerp and in Japan she studied butoh with Yoko Ashikawa, a student of butoh founder Tatsumi Hijikata.

She debuted as a film actress in 1986 in Als in een Roes by Pim de la Parra, later in There is no Budget Like Low Budget that won a "Golden Flame" at the Golden Flame Video Festival. In 1988 she played in  Medical Center West and in 1991 in Good Times, Bad Times. She worked in 1994 with Dario Fo, about whom she also made a documentary. In 1996 she played in an episode of the television series Flodder, and in the German film Die Total Therapie by Christian Frosch, with Blixa Bargeld (Einstürzende Neubauten). Since then, she has mainly been active in Germany, where she played in various plays, films and TV productions from 2000 onwards. In 2002 she played a leading role in an episode of Detective Game by the KRO.

She is also active as a playwright. For her one-act Ruis (2003) she received the second prize at the Festival "Hollandse Nieuwe" of that year. Van Heijningen also makes video productions as a camera woman and editor. She also has an act, based on the butoh dance form, which she performs at various festivals and on other occasions. As a puppeteer she has played with, among others, Feike Boschma. In 2015 she participated in the SBS6 program Popster! with a parody of Princess Beatrix.

Music and Dance from Agosto Foundation 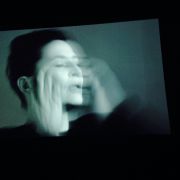 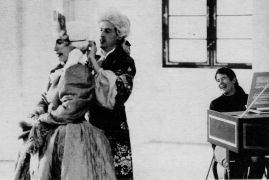