On Rhizomes, Parasites and Hermits Caught in the Webbing
Report 2020
Miloš Vojtěchovský

1. One of the panels and part of the exhibition at the 2020 Berlin Transmediale was dedicated to the revision or reinterpretation of some new media projects from the beginning of the 90s. The organizers (Kristoffer Gansing and others) hinted at links to the ideas behind the Eternal Network of Fluxus from the 1960s, see: 2020.transmediale.de/exhibition. George Soros cites the work of Karl Popper as the main source of inspiration for the founding of the Open Society Fund foundation https://www.opensocietyfoundations.org/.

3. For the story about the so-called “wild nineties,” including the fashion and lifestyles of various subcultures, see e.g. Dušan Radvanovič: “Svobodná a divoká 90. léta,” Prague, 2017.

4. Between August 23–30, 2019, Muzeum Moderního Umění and Muzeum Současného Umění Metelkova organized the international conference “The Big Shift: The 1990s. Avant-gardes in Eastern Europe and Their Legacy” dedicated to this topic. mg-lj.si/en/events/. For a report on the conference, see metropolism.com/nl.

5. The source for the word “autonomous” in this context comes from the vocabulary of the anarchist community and was popularized by the writer Hakim Bey (The book Temporary Autonomous Zone was first published by Semiotext(e) of Sylvére Lotringér by the New York Publisher Autonomedia). Other connections can be found in the open publication network which connected the journalists of the Independent Media Center (Indymedia or IMC) who focus on the political and social questions of the struggle against neoliberalism. IMC was born out of the street protests against the WTO Summit in Cologne (1998), Seattle (1999) and Prague (2000). See wikipedia.org/wiki.

6. In the 1980s, Czechoslovakia saw a spike in the activities of independent groups working in the fields of ecology, independent music, literature and theater, while, surprisingly, unofficial fine art was wholly marginal. The Institute of Contemporary History of the Czech Academy of Sciences founded the “group for inclusive history” which focused on the “study of marginalized groups within the context of general social, economic, cultural or legislative phenomena or discussions … General phenomena which are not found in the study of alleged mainstream culture surface during the study of marginalized groups (often found on the social or geographic periphery). Furthermore, such an approach helps integrate the historical experience of neglected demographics of the population into the interpretations of the histories of a given geographical area or state formation.” usd.cas.cz/pracoviste In the mid-1990s, the American artist and curator Chris Hill made an interesting excursion into the cultural community. She was resident in Prague and Brno on a scholarship from the American foundation Arts Links (see: hill.fcca.cz).

7. An interesting perspective on the topic of neurological, digital and social networks can be found in the work Uncanny Nervous Systems and the Digital Unconscious (world-information.net) as well as in the lecture “The Revenge of the Sirens” by anthropologist Michael Taussig (see: world-information.net). Other interpretations can be found in the book Guns, Germs and Steel: The Fates of Human Societies by Jared Diamond.

8. “People-Driven Solutions for a Relentlessly Controlled Top-Down Society” (https://teamhuman.fm/). “The politics of détente, or reduction of tension by diplomatic means, has been used in international politics since about 1970 in relation to the Cold War and the attempts to reduce tensions between the Soviet Union, United States and China. The term “разрядка” was used in the Soviet context.” (cs.wikipedia.org/wiki).

9. See publication by Klara Kemp-Welch, Networking the Bloc: Experimental Art in Eastern Europe 1965-1981, where the author for example focuses on mail art, building an international network around the Fluxus movement, the international shows of the Paris youth Biennial in 1967 and the Venice Biennial in 1964, strategies for fostering personal contact, the program of the Warsaw-based gallery Foksal, or symposia organized by Lazslo Bék in Balatonboglár. The question of networks is more generally addressed by Lutz Dambeck who, after years of work, finished a documentary film on the subject in 2003. By means of interviews, he explored the relationship between technology, media and society, also using the case of American mathematician Ted Kaczynsky, a.k.a. “The Unabomber” ([en.wikipedia.org/wiki])(https://en.wikipedia.org/wiki/Das_Netz).

11. During the Romanian revolution of December of 1989, the Securitate secret police acquired a romantically hermetic infrastructure in the form of a labyrinth of underground passages and suspended rooftop walkways which permeated the entire country. Securitate did not have a firm center, and was not responsible to the government, nor to the president. In the culture of samizdat and dissent, we find analogous features of a networked, rhizomatic organism. These were labeled by the police organs as a foreign element, a parasite in the body of the socialist state or the community of workers. The non-working thus did not belong to the correct community, and it was necessary to apprehend, investigate, neutralize, or re-educate them. On April 6th and 7th, 1990, the Media Research foundation (Suzzane Meszoly a Keiko Sei) organized the media conference “The Media Are With Us!: The Role of Television in the Romanian Revolution” which focused on the role media play in social and political trasnformations of eastern and central Europe. Contributors to the conference included Vilém Flusser, Peter Weibel, Margaret Morse, Ingo Günther, Geert Lovink, Romanian television, Tjebbe van Tijen, and others.

12. Serres addressed the questions of parasitism in his monograph The Parasite and his Hermes trilogy. Understanding of language and philosophy as parasitic were, in the 1980s and 1990s, often reflect in media theory, similarly to Foucault’s later idea of “heterotopia.”

13. Here we can point out the affinity between Serres’ parasite, apotheosis of the free and cleansing pirating of Hakim Bey, and Flusser’s thoughts on art as a subversive tool for discovering the true nature of the technical apparatus. See Michel Serres, Hermès III, la traduction (Éditions de Minuit, 1974); Michel Serres, Le Parasite (Grasset, 1980); Hakim Bey, Pirate Utopias: Moorish Corsairs and European Renegadoes, hermetic.com/bey. Theories of the post-modern (wired) informational society are plenty. Apart from cybernetic systems and texts of Marshall McLuhan, various versions were framed by, for example, the social scientist Jan van Dijk (The Network Society, 1991), the Spanish post-Marxian sociologist Manuel Castells (The Rise of the Network Society, 1996), the German theorist and media historian Friedrich Kittler (Discourse Networks 1800/1900, 1985) and later, for example, Albert-László Barabási, The Center for Complex Network Research and many others. It would be worthwhile to explore the relationship of Latour’s theory of hybrid networks and Timothy Morton’s conception of the “hyperobject”. One of the important theoreticians of media networks, Geert Lovink, founded an institute in Amsterdam dedicated to critical studies of media networks. networkcultures.org

14. See, for example, Jaron Lanier’s “Ten Arguments for Deleting Your Social Media Accounts Right Now” (jaronlanier.com) or Geert Lovink’s “Hermes on the Hudson: Notes on Media Theory after Snowden”: “In 2014, we’re torn between the seductive aspect of coming together and the fear that we are consciously producing evidence that will be used against us. Let’s move away from the binary logic of online/offline, of participation/exodus, and instead design other forms of social interaction and organization together, based on sustainable exchanges, strong ties, and a sensual imagination that allows us to transcend the given cultural formats (from edu-factory formats to Facebook)”.

16. I mention this without reducing the importance of the personal initiative or quality of other organizers, supporters or grant institutions which usually assisted in the foundation and maintenance of various “independent” cultural activities.

17. See Pavel Barša, “Nulový stupeň dekolonizace,” artalk.cz/2020, and a more general context is framed for example in the study “European Cultural Networks and Networking in Central and Eastern Europe,” Raimund Minichbauer and Elke Mitterdorfer, European Institute for Progressive Cultural Policies / eiPCP IG Kultur Österreich in cooperation with kult-ex, Verein für internationalen Kulturaustausch (Wien: IG Kultur Österreich, 2000). The activities of the Open Society Fund and Soros Cneter for contemporary art and their role in determining the praxis of contemporary art in central and eastern Europe has still not been properly researched, at least not in English. See for example Nina Czegledy and Andrea Szerekes “Agents for Change: The Contemporary Art Centres of the Soros Foundation and C3,” tandfonline.com or the interview “A Way to Follow: Interview with Piotr Piotrowski,” artmargins.com.

19. It is possible that without the internet, the Center for Metamedia Plasy would have floundered sooner than in 1999. Or, on the other hand, it might have focused more exclusively on the local Czech scene and the chance of the project’s continuation would have been greater due to the solidarity that would have fostered.

20. In 2018, a duo of authors, Paul Ingram from Columbia Business School and Mitali Banerjee who teaches at HEC in Paris, published a collaborative study entitled “Fame as an Illusion of Creativity: Evidence from the Pioneers of Abstract Art” in which they analyzed the relationship between success, creativity and social contacts within the context of the so-called first avantgarde and abstract art. The controversial findings were backed by statistical data, and raised an uproar in the media, initiating a debate which resonated with the theories and praxis of social networks of an era before Instagram and facebook, but also those of the present day. See also visualizations of the art scene: artist-info.com.

Message! Submit a message! Bring a message! Carry a message through the tumult! Not to look back once, to run across an immensely sharp summit, carry a message, bring it, for god’s sake, on time, and still undistorted, to run ever faster, bring it fresh, bring it and fall to the ground, that is all.

Truth is the invention of a Liar 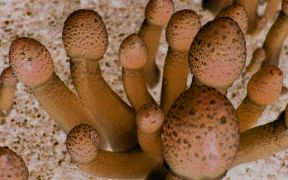 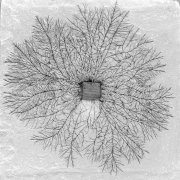 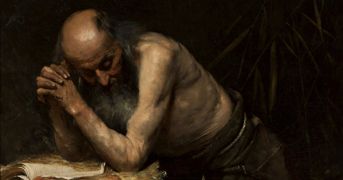 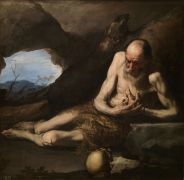 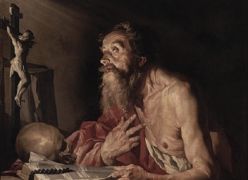 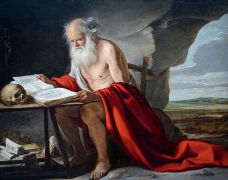 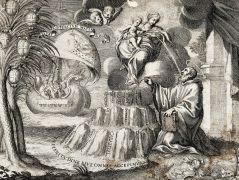 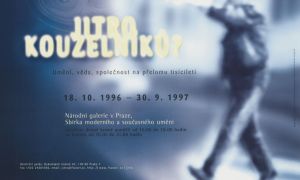