“Maybe I had no clue what I was doing, but I have no clue even today. Nevertheless, I had the courage to touch the ceiling of the ambit, which witnessed so much, that I would never manage to grasp it. It was a journey of signs, secret codes, hints, fire, symbols."

"This organism is an open system with its own structure. Jednotka has its own core that invites specific individuals to work with it on events. These persons then become temporary legitimate members of Jednotka for the period during which the event takes place, or longer. No one is a member of Jednotka against their will. No one is a member of Jednotka without knowing it. The Core is Jednotka’s central body. In crisis situations the Core’s decisions have irrevocable validity. Lajka the dog is a full-fledged member of the Jednotka organism. Jednotka members attempt both individually and collectively to achieve a maximum perception of reality and a subsequent permutation into an answer."

Jaj Moredyk was an open group which gradually transformed into Jednotka (previously "Hidden Creative Unit K’d" / Skrytá Tvůrčí Jednotka K’d) - "a larger rather than smaller cell existing in the body of society."

In 1993, Kryštof Kintera was a second-year student at the Academy of Fine Arts, and Martin Mareček started his studies at the Film and Television Faculty in Prague. Apart from the photos, there are no memories or records from their installation and music performance in Plasy. Krištof became friends with the members of Hilary Vexel and later went to visit the Silo Art Comunity in Amsterdam. Later, the members of Jaj Moredyk became rather established in the fields of visual art, performance and film in Czech Republic and abroad. Rastislav Juhás is still a member of the Jednotka/Creative Unit and works in the studio of Krištof Kintera.

Martin Mareček (born 1974 in Prague) is an established documentary filmmaker. His films regularly collect awards and accolades at international film festivals. After studying at the Department of Cultural Studies at Charles University in Prague, he graduated from the Department of Documentary Film at FAMU, where he has been lecturing since 2003. In addition, Martin has worked as a musician, script editor and co-founder of various social projects, such as Jednotka, Letokruh or Auto*Mat. 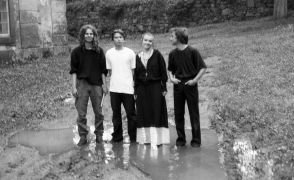 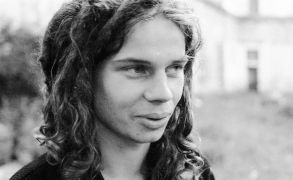 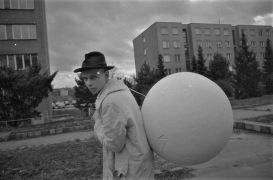